Anime is a big part of Japanese culture, making the success of the original Animetal during their 10 year run from 1996 to 2006 – releasing 11 singles and an assortment of albums, collections and live records – a no-brainer. Animetal USA’s success was guaranteed in Japan, especially considering the individual members’ histories, but Vescera admits everyone was still surprised just how well they went over.

“It really took off in Japan and we did every major TV show and mag over there. It was crazy. We did all the big morning shows, it was just nuts. All the original anime creators and singers and voice actors really love us, and they consider us the ambassadors of anime for the rest of the world.” 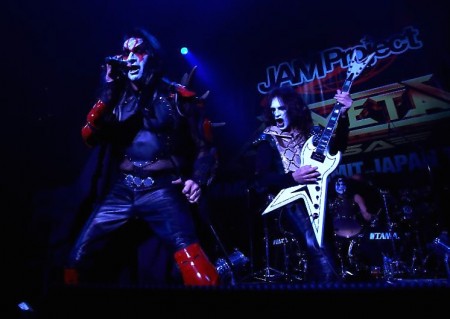 Unfortunately, Animetal USA has fallen flat thus far in North America and Europe thanks to their label’s inability to market them properly. A sad turn of events when you consider there’s a strong anime fanbase in the western world just waiting to be tapped.

“Century Media has kind of dropped the ball,” says Vescera. “They haven’t done anything. We thought the deal was going to be for Europe too, but it’s not. Apparently it’s only for the States, which doesn’t make sense. I’ve been doing tons of press for Obsession and people ask me about the Animetal thing because they’ve only heard about it, they’re not sure what it is. I can’t believe I haven’t done a ton of press for Animetal USA in Europe.”

They’re far from dead in the water, however. Sony Music Japan continues to invest serious time and money in the band, with plans to have Animetal USA back in action at “home” in 2013. Still, Vescera hope to branch out beyond Japan’s borders in the coming year.

“The nice thing about being on a big label is that they’re big budget records. It’s kind of like back in the day in terms of production and all that. It’s helped with the Obsession thing, too. You never know what’s going to happen because it’s such a weird time musically. There aren’t very many gigs anymore. At one time I was getting offers from everywhere in the world, and now everyone is paying for their records themselves and nobody’s touring. We were really fortunate with Animetal USA and having a deal with a major label.”

“For the most part it’s pretty good. It’s a big deal to be on a major label these days, and they take good care of us, they treat us great. I really can’t complain. Obviously, as the thing grows… they’re pretty fair about everything. We have to work more and more out of Japan in order for it to be successful. In order for us to take it to the next level there we have to work on the rest of the world.” 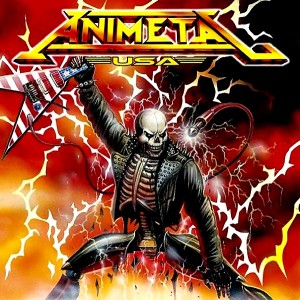 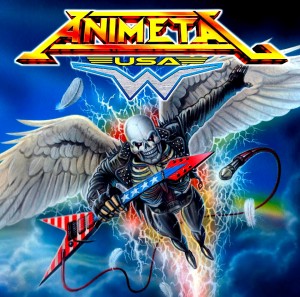 Check out my interview with Vescera about the new Obsession album Order Of Chaos here.

For information and updates on Animetal USA go to their official website here. Go to this location for a full length audio clip of the song ‘Pegasus Gensou’.