“The cool thing was that at the end of the ’70s and in the early ’80s, there was this big punk movement and the New Wave Of British Heavy Metal, and on the other hand there was this big jazz fusion movement. I listened to all these so-called studio guitarists, and the heavy metal thing was interesting too because there were guitar heroes like Yngwie Malmsteen, Steve Vai and Joe Satriani, but I think my real roots are in jazz fusion. On the other hand, I really love to play power chords on the guitar (laughs). This is the balance in my music. I always have this image of playing chord progressions and melodies that are linked to jazz but should sound like hard rock and heavy metal. My vision is to play a jazz standard on a Flying V one day (laughs).”

“I never expected to become a professional musician,” Itani admits. “I started out playing just for fun, but when I stopped working at the trading company that employed me I needed to find an alternative. I decided to try being a professional guitarist. Of course, it wasn’t easy at first but it was fun, and I learned a lot of things in the ’80s. I started my career as a guitarist with 20, and I did a lot of recordings for pop singers, jingles, things like that, but I was mainly hired as a touring guitarist for musicals, blues and soul bands. The job always had to do with connections to other people, so it kept getting longer and longer, and the next thing I knew it was over 30 years (laughs). During my time in Germany, I also did a lot of teaching for professional and amateur musicians. One of my former students is Kuddel, the guitarist of the German rock band Die Toten Hosen. Now in Japan, I’m working a lot by teaching music.” 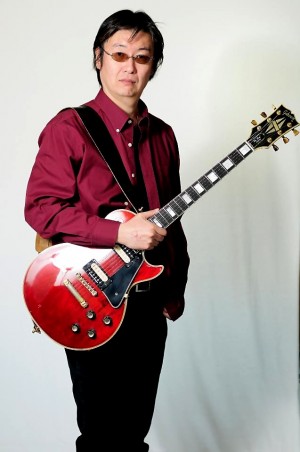 There’s no shortage of talented guitar players in Japan, but they are often compared to their Western counterparts rather than being allowed to own the spotlight. Itani is a rarity in Japan, as he isn’t bent on sounding like the next Yngwie Malmsteen, Timo Tolkki or Eddie Van Halen.

“Music should be individual,” says Itani. “There are a lot of Japanese musicians that really love to copy what they hear and make it sound better, but the roots are still a copy. I don’t like that very much. What I want is some kind of originality, and that means some of the audience will be confused when they hear me play. I still get reactions from the Japanese audience when people see me for the first time, most of them say I don’t sound like a Japanese guitarist. They always say it sounds different. Sometimes some of the audience is a bit confused because they see a Japanese guy on stage but it doesn’t sound like a Japanese guy. I had the same situation in Germany because they see a Japanese guitarist on stage that doesn’t sound Japanese (laughs).”

For someone who’s been in the business seemingly forever, Itani hasn’t had a lot of time to put his own music to tape. To date he’s recorded an EP and two full length albums, with Station To Station being the best representation of him as an all-round artist.

“The first album I did (The Journey) was in 1997 in Germany, with German musicians. It was an EP with four tunes. I brought it back to Japan and the reaction was very good; they said it sounded European. I did my second album (Between Shadow & Light) in Japan in 2003, and on that oneI tried to do something between hard rock and jazz fusion. The reaction wasn’t bad, but some of the rock fans said it sounded like a jazz fusion album and the jazz fans said it sounded like a hard rock album. The problem was I didn’t have so much control because the label told me how to produce it. This time I decided I wanted to have total control over the production. I didn’t want to make any compromises and it’s gotten a great reaction, especially among the hard rock and metal fans. I didn’t want to do a little bit of this and a little bit of that. The concept was very clear; the composing of the tunes was more of the idea of jazz fusion, but the overall sound should be hard rock.”

“Station To Station is sort of a ‘best of the live repertoire’ at the current time. It’s probably my most rock-oriented album, but on the other hand it’s still got elements of other styles which gives the sound more color.”

Case in point: Station To Station features two guest appearances; fretless harp guitarist Tim Donahue – who made a name for himself on the metal scene with Madmen & Sinners featuring Dream Theater’s James LaBrie – and veteran shredhead Singo Otani from Japanese thrashers United. Both collaborations add a metal flavour to the album, sharpening the edges of a record that is firmly based in the neighbourhoods of jazz and prog rock. 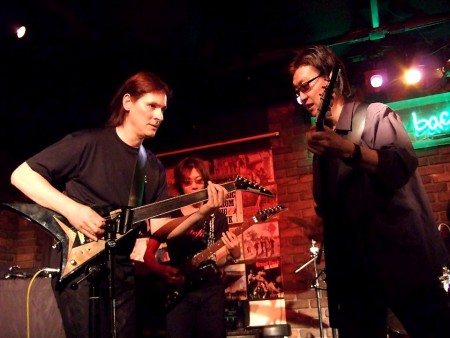 “Working with other musicians always means new inspiration,” says Itani. “It’s like a movie with many excellent actors, or a great painting with a lot of interesting colors. I had the honour to have great representative musicians from metal, progressive rock and fusion on Station To Station, and that’s far more than someone can expect.”

“Takeshi Minami, who played the drums on the album for eight tunes – he is also the co-producer of the record – is an old friend of Singo Otani, and it was his proposal to call Otani for a tune. Maybe the fans of Otani and United are not aware of it, but he’s a huge fan of rock music from the ’70s. That was the common point with my own background. I went with Otani into the studio and asked him to imagine a Led Zeppelin feel during the recording. He did several takes, and I selected the best one for the record.”

Itani’s connection to Donahue was a little more personal…

“Tim is a good friend of mine. In the past years, he concentrated on his harp guitar, which I really love to listen to. I did few gigs with him and his harp guitar, and it was great, but for my record I wanted to have the Madmen & Sinners sound because I love the album so much. I asked him to play crazy things that could only be realized with the fretless. He understood immediately what I meant. It’s probably the first record after Madmen that he’s done with his fretless guitar, and I’m proud of that.”

“It’s a big culture shock when you see him play for the first time,” Itani continues. “I saw Tim the first time with his harp guitar and I was totally blown away. After that we had a few sessions and it was so amazing. He really enjoyed doing these duo things, but I didn’t expect that he’d agree to do the recording in Station To Station because he hadn’t played his fretless guitar for years. I expected him to say no, but he agreed to it, and what he came up with for me was just amazing.”

For the future, Itani will continue to teach the tools of his trade, and record and perform live when he can. With luck the msuic world will clue into Station To Station and give it the attention it deserves. Nothing over-the-top; simple acknowledgement of a job well done will do just fine.

“After everything, I’m still a guitar kid,” he says. “I love to play, and if someone says ‘After listening to this album I’d really love to learn how to play guitar…’ that’s the best comment I can get.” 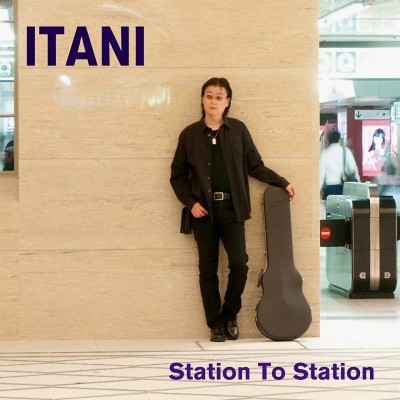 Check out Itani’s official website here. Station To Station is available via CDbaby.com.