Not to take away from Amaranthe’s current shine, but part of the reason for this current buzz is singer Elize Ryd, who has toured with Florida-based Kamelot as a backing vocalist for the last four years and hit the studio for their latest record, Silverthorn. The ongoing collaboration has been a blessing for an up-and-coming young band like Amaranthe trying to gain a foothold in the big leagues.

“I think working with Kamelot has had an effect,” Elize agrees, “because we have a lot of fans in South America and in North America, and I’ve been on tour with Kamelot in those territories. I was with them when they supported Nightwish on top of that, and Nightwish have a huge audience.”

Elize: “From the beginning, when we started Amaranthe, we didn’t have a lot of shows so I had a lot of free time…”

Male clean vocalist Jake E. picks up the thread: “The whole story is like this: I used to be a pyro-technician and I toured with every band out there. We started this project called Amaranthe, and I was great friends with Kamelot so they asked me if we’d like to go on tour and if they could ‘borrow’ Elize. We actually did two tours with them, when I was also a back-up singer, so we were pulling double duty. Then we grew, of course, so Elize works with them when she has the time. This year, for example, it’s totally impossible…”

The depth of Elize’s involvement with Kamelot has increased over the last four years, to the point she’s become a recognizable part of the band’s roster. Amaranthe is her first priority, but going in to record The Nexus still ended up being a balancing act.

Elize: “The Nexus was done in between tours. I only had five days to record my vocals. I told the Kamelot guys that if I’m not going to finish we need to find a solution because I need to prioritize the Amaranthe album. But, I told them I’d go in and do my best to get my parts done in those few days that I had. And I actually work better under pressure. I think it’s better for me when I don’t have a lot of time and I just have to get things done.”

In spite of her commitment to Kamelot, Elize makes it clear that if she has to choose between the two camps – as she’s had to do for 2013 – Amaranthe will always come out on top.

Elize: “Amaranthe is my band. As Jake said, Kamelot ‘borrowed’ me (laughs). I was actually stepping in for Simone (Simons/Epica) to sing ‘The Haunting’; that was the main reason for me being there. Then they asked if I could do back-up singing, and of course I said yes because I love that sort of thing. This year I won’t have time for that. Alissa (White-Gluz) is going to Japan with them in May when she has time off from The Agonist, and I think she’s also going to come to Europe. I don’t know for sure. I guess that’s how we’re going to work from now on; if I have time I’ll go out with Kamelot, but Amaranthe is my priority.” 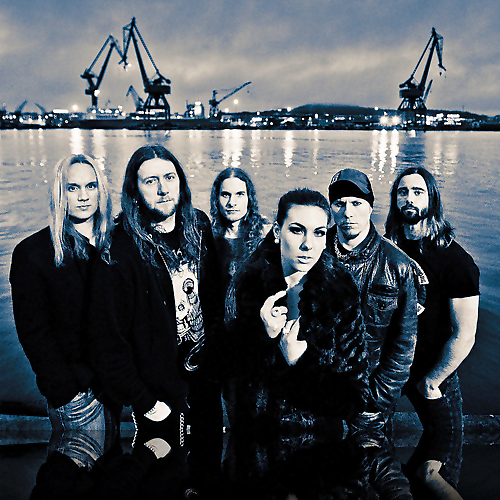 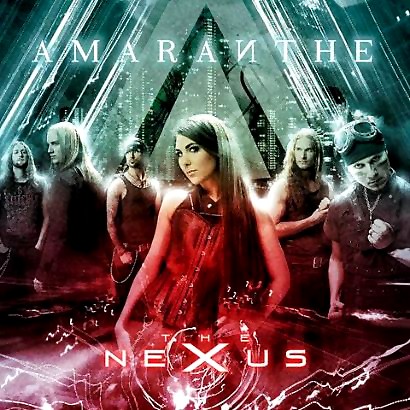 Check out a separate interview with Elize Ryd here discussing her Nightwish experience.