Arch Enemy guitarist Michael Amott’s long-lived other band, Spiritual Beggars, have enjoyed a successful under-the-radar 20 year run, and it’s bound to continue with their new outing Earth Blues. The timing of the release couldn’t be better, what with acts like Adrenaline Mob, Black Star Riders, The New Black and Tremonti – to name a noteworthy few – making some serious highly praised noise of over the last several months with “simple” straight-up rock records. Sure, deliveries from the bands mentioned vary in levels of heavy and modern rock versus classic old school, but at the end of the day there no clutter and no bull to muck up the works. Earth Blues sits high and mighty within this pack for anyone that believes the word “organic” can be used to describe music as well as a vegetarian platter or bag of weed. 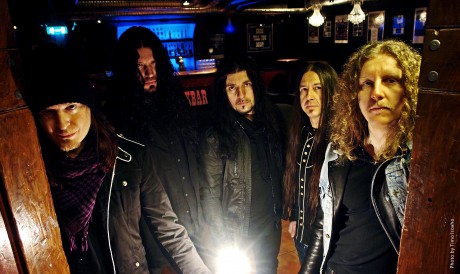 “I haven’t heard the bands you mentioned,” Amott admits, “but we’ve been doing this since ’93 and have put out eight albums in that time. What I’ve noticed is that at some points it’s more hip to put out a vintage classic rock album than others. It goes in waves and you can’t really do anything about that. I’ve never really thought about fitting in. Even if it’s been embarrassingly bad timing, this is what we do. We’re just a band that rocks out when we feel like it. For me as a songwriting guitar player, it’s an opportunity to stretch out a little bit and do something different. I’m not the world’s most adventurous guitar player, but I do like to write and record and play live in two different styles; the extreme metal thing and the Spiritual Beggars thing, which is more rock.”

In an unusual move, the band opted to do a low key European headline tour for Earth Blues right on top of the release. As such, the album didn’t have time to build any momentum and possibly stoke the buzz. On the other hand, it have Amott and his bandmates the chance to hear a lot of unfiltered first impressions.

“A lot of people like the album, some people don’t like it,” says Amott. “Some people call it an irrelevant piece of crap while others call it a masterpiece (laughs).”

For the record, someone in the music press actually did call Earth Blues “an irrelevant piece of crap,” which Amott shrugs off because at the end of the day the new songs weren’t written in the interest of public acceptance. The band adopted a similar approach when putting the tour setlist together.

“We’re playing four or five new songs and some of the classics. We’re not even playing our so-called hit songs, just the tracks we enjoy. We did a short video trailer to promote the album and did some streams of a couple tracks through different media partners, and we’ve noticed that people know the songs because of that. Our songs are instantaneously catchy and they’re very simple, so you can hear them and get into them immediately.”

“We’re testing the waters right now,” Amott says of going on tour out of the gate. “We want to see if there’s any real interest in Spiritual Beggars, which is why we decided to go out and do some shows right on top of the album release. We figured people would be enthusiastic about it, and we have the label support from InsideOut. We actually shot the show in Cologne, Germany for the Rockpalast televison program, which was an honour. The shows in Japan that we’re doing will be a lot bigger because the people there pay attention to what’s going on, and they know the guitarist and bassist from Arch Enemy are also in Spiritual Beggars. I think that many people in Europe and North America aren’t even aware that I’m in this band.”

If you’re a follower of Amott’s work his playing is instantly recognizable, making for some double-takes over the course of Earth Blues for any Arch Enemy fans worth taking the Beggars plunge. A perfect example is the lead break on ‘Sweet Magic Pain’, which sounds like it was lifted from any Arch Enemy record of your choice.

“Angela (Gossow/vocals) and Daniel (Erlandsson/drums), when they heard that, they said ‘That’s Arch Enemy, what the hell are you doing?'” Amott laughs). “I’m just one person contrary to popular belief (laughs). There’s a little bit of crossover with the fans, but not a lot. I’ve got my sound and style, I guess. I just approach both bands in a similar way. Some people make solo instrumental guitar albums but I don’t listen to those. I find them incredibly boring. I like vocals, and it’s fun doing something with melodic vocals. Spiritual Beggars is a small band, small tour, small crowds, but we’re still having a blast. We spend a lot of time laughing our asses off. Arch Enemy is my main creative outlet, and extreme metal is where my real roots are.” 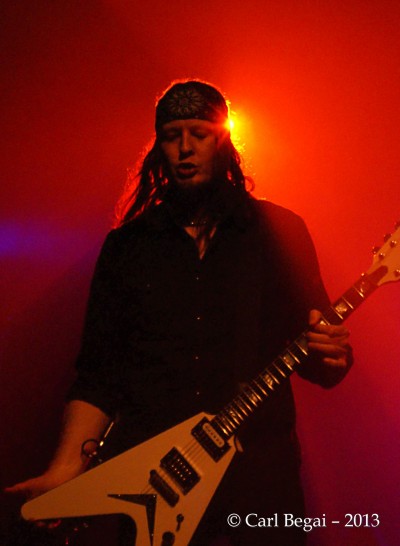 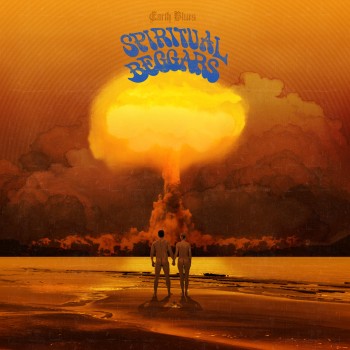