“It doesn’t matter if someone likes the album; it matters whether or not we as a band like the album.”

Thus, guitarist Esa Holopainen offers no apologies if you, as an AMORPHIS fan, can’t find worth in the band’s new outing, Circle. But really, if you’ve been a devout follower even through the experimental Am Universum / Far From The Sun era (2001/2003) and the entrance of vocalist Tomi Joutsen in 2005 (who replaced Pasi Koskinen), there’s nothing to complain about. Circle boasts the full-on Amorphis quality of recent years, albeit heavier and more face-grabbingly immediate than some folks might expect. 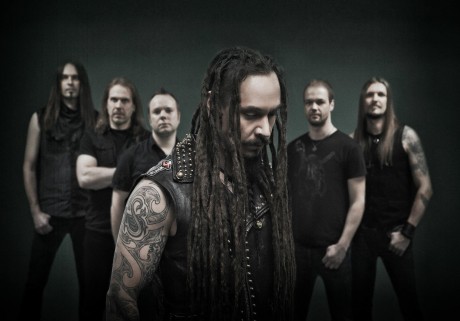 “I’ve only heard from one reporter saying that he wishes Circle sounded more like the previous albums,” Esa admits. “But, that’s always been the way with this band. You know you’ve done something right when you please some of the people. If everybody would hate us there wouldn’t be any point to releasing albums at all. We’ve received lots of positive feedback, and when you know yourself that you worked hard on the songs and you truly enjoy the results, it’s a great feeling to talk about the album with people.”

Circle is a pleasant surprise in that it’s heavy without bordering on overly brutal, probably more up-tempo than some fans expect, and dark without venturing into the realms of goth/doom melancholy.

“I definitely agree with you,” says Esa, “and that’s why we brought the guitars up front, to make things heavier. The guitars on this album are much more up front and in-your-face compared to the previous albums. As a guitar player, that really works for me (laughs). We paid more attention to the overall sound. We used different guitars sounds on certain parts of the album, and there were songs that we wanted to sound more organic, more old school. We didn’t want to changes things radically; we had a new producer and a new environment for the recording sessions and that really helped us achieve our goals.”

Said producer is no mere soundbooth knob-twister. Circle was brought to life with the assistance of none other than Peter Tägtgren, known for raising hell with both HYPOCRISY and PAIN, as well as having years of experience as a (primarily) black metal producer at his famously infamous Abyss Studios.

“I think it’s sort of the best of both worlds because we’ve known Peter for years,” Esa says of how the collaboration with Tägtgren came about. “We did our first tour with Hypocrisy in 1995 – it was the first Nuclear Blast festival tour – and he was just building up his Abyss Studio is Sweden at the time. Every since then we’ve played with the idea that it would be nice to work together, and he’s always said that we should come to him to record an album.”

Put Amorphis up against Hypocrisy or Pain and one would think there’s nary a thread to link them except for their metal heritage. Listen to Circle and, if you give a damn about production values, the record does have that noisy seal of Tägtgren approval even during the album’s more atmospheric moments.

“The music that Peter does for Hypocrisy and Pain is so different from what we do, but we share a lot of the same interests. He can work with bands completely different from his own, no problem. He once told me that when he started producing black metal bands it was because there were no other bands around at the time. When he did the first DIMMU BORGIR album, the more extreme bands out there wanted to record at his studio. He ended up being labelled as a savior for black metal album (laughs).” 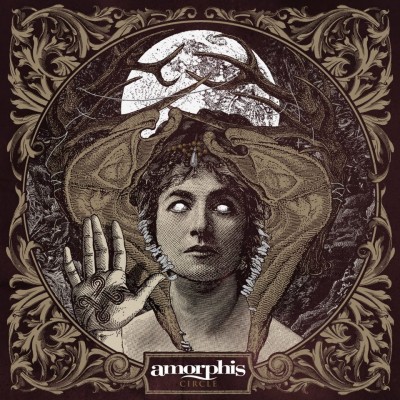