James: “Absolutely, no doubt about it. They’re pretty damn pop-ish even as they stand now (laughs) but I get what you’re saying. You could come at some of these songs as a piano/vocal rendition, and ‘Say You’re Still Mine’ is pretty much in that vein as it is. I think Matt put some amazing songs together, like ‘Back On The Ground’ and ‘Holding On’. A song like ‘Back On The Ground’ definitely deserves to be in amongst the songs being played on radio these days, and it stands up against any one of them. For me a song is either song or it’s not good, and what’s important is what it conveys to me regardless of whether it’s a metal song or a pop song or a jazz piece. There are songs on Impermanent Resonance that definitely have that pop sensibility to them.”

“Given where Matt and I are coming from, it’s safe to say that every album you’re going to get from us and this band is going to be diverse. It’s not something where you hear the first song and that’s what the album is going to sound like from beginning to end. This album starts off ball to the wall with ‘Agony’, but when you hear ‘Holding On’ or ‘Lost In The Fire’ you get a completely different impression of what the whole thing is going to sound like.”

BW&BK: It isn’t accurate calling this a solo album, is it? Second record in with Peter Wildoer, Marco Sfogli (guitars) and Ray Riendeau (bass), having the “James LaBrie” name slapped on the cover is good marketing more than anything.

James: “That’s all it’s ever been. Is it fair to call it a band or a solo thing? It’s always been a band. It’s just a name known around the world and it helps sell albums. It helps bring somebody in that wouldn’t necessarily take the time to listen because of that familiarity. It’s always been our vision, me and Matt, to create this. It’s our band; Peter, Ray and Marco are integral to the end result and our continued efforts to make this bigger and better each time out. It could easily be called the Matt Guillory Band because it’s not about me. The picture is much bigger and much broader than that.” 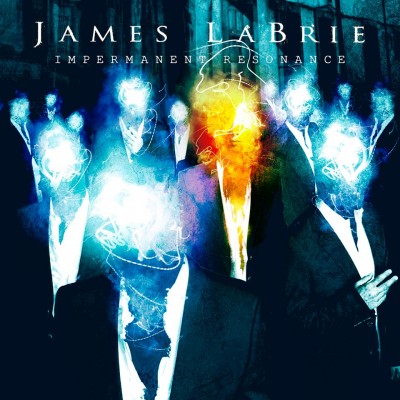 Check out two of LaBrie’s new songs via the links below: