If you’ve ever seen Anneke van Giersbergen perform live, you know that her set is loaded with positive energy regardless of whether she’s performing something heavy, pop-oriented, or melancholic / atmospheric / goth flavoured from her days with The Gathering. Drive ranks as Anneke’s strongest solo outing to date (including her Agua de Annique records), bar none. Sure, that’s the rock n’ roll metalhead talking, but there’s no denying Drive feels like a no-nonsense live set laid down in the comfort of home. 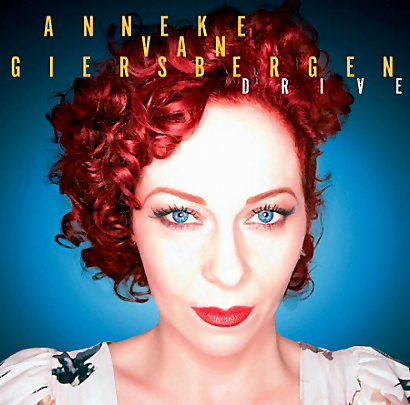 Guitar, bass, drums, occasional keys, and Anneke’s bloody awesome voice are the magic behind Drive. A completely rock-driven package (with the exception of ballad ‘My Mother Said’), tracks ‘We Live On’, ‘Treat Me Like A Lady’ and ‘She’ are neatly arranged to ease the lister in before hammering things home with soaring trademark Anneke choruses. Title track ‘Drive’ is crafted for exactly that purpose – top down, pedal to the floor – and ‘You Will Never Change’ is a step up from ‘Drive’ in tempo and intensity; also the heaviest track on the record… although ‘The Best Is Yet To Come’ surprises with a ballsy footstomp groove. Anneke still has one of the strongest and most identifiable voices around. She’s certainly not someone that needs to have her performance enhanced by technology or guest stars (although Turkish singer Hayko Cepkin is a welcome contrast on ‘Mental Jungle’).

Taking in Drive as a whole, you’ve gotta wonder just how much working with Devin Townsend over the last few years – both in the studio and live – has rubbed off on Anneke’s songwriting mindset. Not that she needs to tap into anything but herself, but considering some of Townsend’s lighter material (Addicted, and Epicloud in particular) one can definitely feel a not-so-Hevy Devy thread woven through some of her new music.

Opinions amongst the fans are sure to be divided given how Anneke has moved and changed stylistically since her days with The Gathering. Drive is meant for the rock crowd with healthy pop-like tendencies. For anyone missing her darker and more atmospheric approach, go to the show when she hits town. Nobody leaves disappointed.


In a new mini-documentary entitled The Road To Drive, Anneke gives a behind the scenes look at the tour for her Everything Is Changing album, as well as look at the making of Drive. Check it out here. 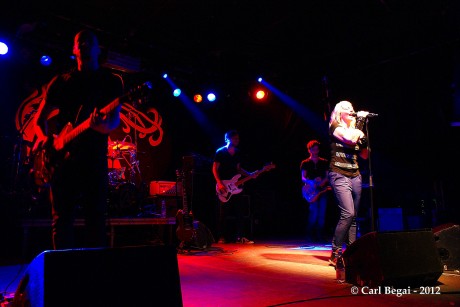