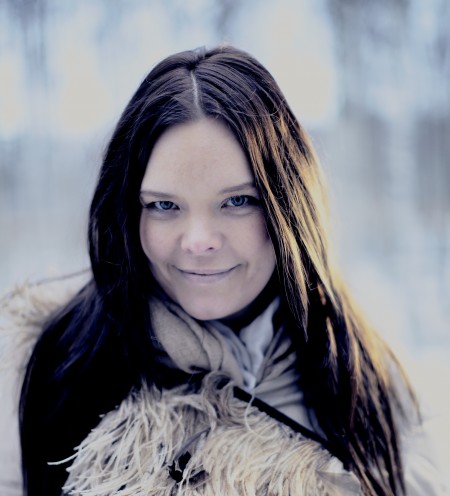 “We had some discussions during the tour in America about how to cover the remaining gigs for the tours that were coming up, and we did have something of an argument before that. I didn’t want to have a substitute singer in the band, I wanted to do the South American shows. I would have been too pregnant to go to Australia so I wanted to push the dates back, but Tuomas (Holopainen / keyboards, founder) didn’t want that. Discussions about a substitute came up and at first I was like ‘Yeah, well…. okay…’ but when they mentioned Floor it was an automatic ‘No’ from me. I didn’t think it was a good idea because I knew what would happen; I knew the fans would love Floor because she’s a metal singer and I’m a pop singer, and I wanted to keep my job. Because I couldn’t do the Australian tour, I think that’s when they started thinking about a new singer. We had a bit of an argument, then I got ill, and after that…. I don’t know if they planned this.”

“They say it wasn’t like that – that the pregnancy wasn’t an issue – but if I wasn’t pregnant I don’t think this situation would have happened. Of course we had some problems before with different opinions about how touring should be, how many gigs in a row, the places where we played. We didn’t fight because of that, though. If I didn’t want to go somewhere and they did, we went because the majority decided. I had my 3-year-old son with me, so we did try to solve the touring problem. I can’t say it was definitely like that because they say it isn’t, but for me that was the problem.” 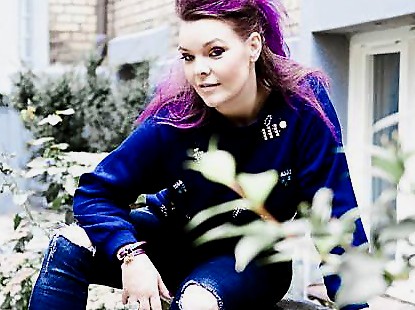 “If I would have been (former vocalist) Tarja, I wouldn’t have been nervous about having Floor step in as a substitute because I know the fans would wait for me. They would have been saying ‘We want Tarja back.’ But, I’m Anette and I’ve received a lot of hatred against my voice and my persona since I joined Nightwish. I remember thinking that if I agreed to Floor coming in to substitute I would end up thinking ‘This whole thing again?’ when I came back. I could see what would happen.”

“Of course I knew we had our gigs to do, and I was pregnant so it was my own fault, but it was only one small tour that I wanted to push back. I could have done all the other gigs and I didn’t understand why they needed a substitute singer when I wanted to go. Maybe they felt that they wanted to have another singer. I think that’s what they wanted, but they weren’t quite honest about it. I guess when I said no they got frustrated. Maybe when I got ill they saw a way out. Of course, then I got angry when they did what they did and wrote something in my blog. They got pissed off at me, I was pissed at them, and it led to where we are now, I guess.”

During a recent interview with Holopainen (found here), he revealed that in spite of the bad blood between Nightwish and Olzon there was every intention of including her in the band’s new Showtime, Storytime documentary. The production was 80% complete when Nightwish were ultimately forced to take all interview and live footage featuring Olzon off the DVD at the insistence of Olzon and her management. Asked to explain her reasons for the move, it’s the only time during the discussion where Olzon truly sounds bitter.

“First of all, I didn’t think they would do the documentary because… what kind of documentary could it be?” she asks. “I could just see they could do something like what they did with Tarja to make it look like I was the evil person, because that’s what they’ve done before. I was really suspicious about the whole thing, and of course I was really angry because they fired me in a really bad way. I wasn’t happy about the situation. I didn’t want to be looked at in a weird way on a DVD, and I didn’t want to be compared with Floor. There were many reasons. I was angry, I didn’t want to have anything to do with them, and I didn’t want those comparisons again.”

Regardless of the bad taste left in her mouth, Olzon admits the Nightwish experience was a valuable one with long-reaching positive effects on her approach to music and life in general.

“I’ve changed since I joined the band. My mother says I’m quite a different person. When I joined Nightwish I was still that young girl with a dream of becoming a professional singer, where everything would be just fun and glory. My mom is a singer, she’s been in the business, and she knows that’s not how it is when you’re in a band. So, at the time she was like ‘Okay…’ (laughs). She says that I got a lot from the Nightwish experience because I’m wiser and experienced, and I won’t take bullshit anymore. She can see that I have tougher skin now.” 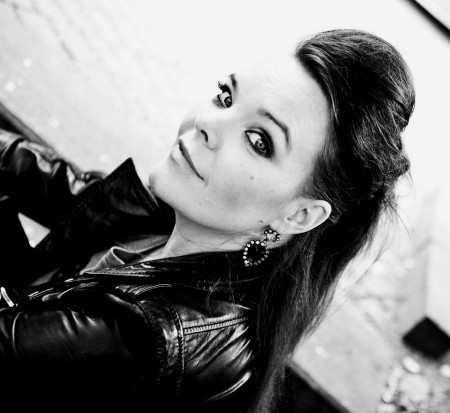 The extended BraveWords version of this story can be found here. For information and updates on Olzon and Shine go to this location.

25 thoughts on “ANETTE OLZON – Careful What You ‘Wish For”