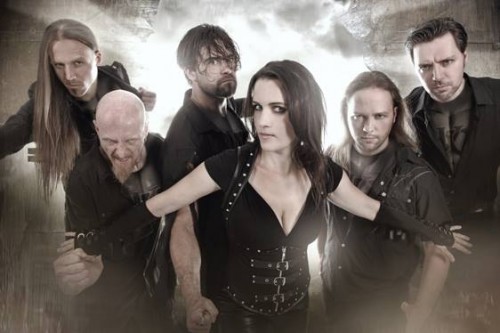 “If you put it that way I can live with it (laughs). We’re aware of the fact that a lot of the attraction Van Canto has is because of this gimmick, as some people call it, that we have. We talk to the people that come to our shows and we notice that when we go to the same town a second or third time there are always more and more people. Our music is different, and many people tell us they like us better live than on CD. It’s always great when a musician gets that kind of feedback.”

Admittedly, it’s a bit surprising that nobody in the metal world has attempted to follow in Van Canto’s footsteps and give them a run for their money. Much like Apocalyptica, who have the heavy metal cello business locked up tight – with German string quartet Eklipse being the only blip on the radar – Van Canto remain a stand-alone act.

“That’s interesting to us as well because we thought there might be some copycat bands turning up, or maybe some bands putting more a capella into their songs, but it’s good for us that it hasn’t happened,” says Schmidt. “Doing this is a lot of hard work, though, so I can understand those musicians that might have had the same idea and then discovered just how much time and effort is involved. It’s not for everyone. There aren’t a lot of bands trying to copy Apocalyptica, for example, so perhaps it’s a sign that what we’re doing is also on a very high level.”

Attaching the “metal” label to songs featuring a capella vocals performances backed solely by drums seems like a stretch, but knowing the music is in fact written in a traditional vocals/guitars/bass/drums format makes it easier to swallow somehow. And really, it’s not hard to imagine the songs dressed up as full blown metal tunes. Asked if they always think in terms of metal or incorporate different styles of music, Schmidt chooses the latter.

“I think that most of the really good songs written in pop history can easily be transformed into metal songs. Metal is my favourite kind of music, but that doesn’t mean that some of our songs wouldn’t work in a different shape as well. ‘Fight For Your Life’ on the new album, for example, I can also imagine as an orchestral piece. When I first played the chords for the song I thought of a big orchestra and choir doing it, and I think this is why the cover versions we do work so well. In the end it’s all about the song arrangements.” 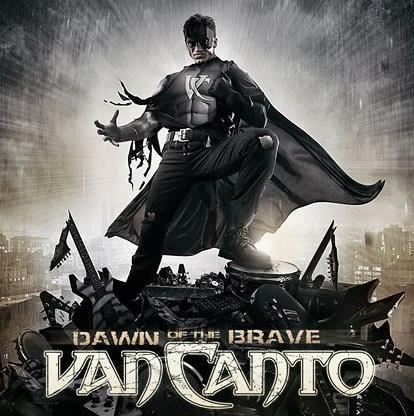 For information and updates on Van Canto go to their official Facebook page here. watch the ‘Badaboom’ video at this location.