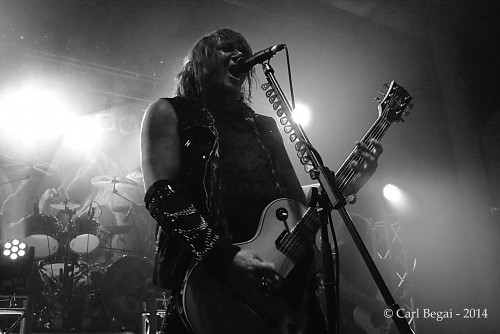 “It’s very hard to find a definition of what metal is,” Hansen says. “I never made a big distinction when I was growing up with glam rock and hard rock, and then later on heavy rock and heavy metal. In the end, for me, it’s all hard music with distorted guitars and attitude. Of course all these bands sound different, but to me it’s one thing. The spirit is the same so I don’t see the necessity to make a distinction, so I don’t.”

“I personally don’t understand what people were complaining about in To The Metal! because there was fast and heavy stuff on it. The song ‘All You Need To Know’ is even thrashy (laughs). And if the song ‘To The Metal’ isn’t heavy metal then I don’t have a clue.”

Empire Of The Undead is a step in the right direction for anyone that disliked To The Metal!, featuring moments reminiscent of Gamma Ray’s breakthrough album Land Of The Free, and Walls Of Jericho-era Helloween. In fact, the title track dates back to long before Gamma Ray was even a thought.

“The basis for ‘Empire Of The Undead’ goes back to ’78 or ’79, when I was playing with Piet Sielck (Iron Savior) in our first band.We were going under the name Second Hell. It was the first real fast song I ever wrote, actually. I never forgot about it; it came back to mind from time to time but I never got down to doing anything with it. There was something about it this time, though, and I dug it out from the depths of my mind (laughs) and turned into something for the modern day.”

“The song ‘Hellbent’ is completely new,” Hansen adds, “but the basic riffing at the beginning, I’ve had that for a while now and I always chose to call it ‘Ride The Sky 2’ (referring to Helloween’s classic ‘Ride The Sky, penned by Hansen) because I didn’t have a title for it (laughs).” 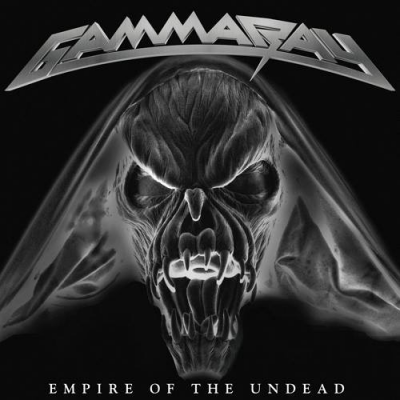 For track-by-track information and audio samples from Empire Of The Undead click here.