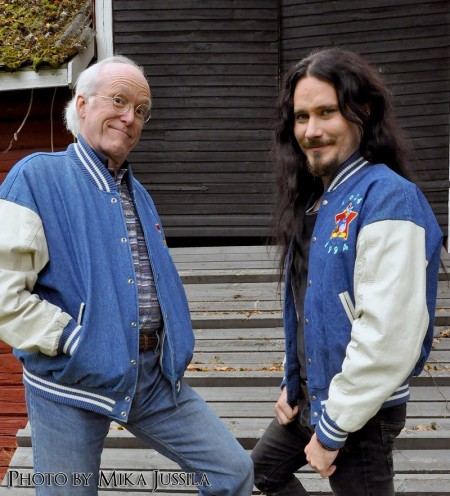 “I wanted to make an album that would do these beautiful stories justice, and an album that I’d care to listen to myself. The music came out incredibly easy. I think it was probably, if not the easiest, one of the easiest albums I’ve ever produced because whenever I read this wonderful book my head is filled with music immediately. It was all about channelling it and getting it out, finding the right arrangements and the right instruments to perform it. I’ve had the dream of doing this soundtrack since 1999, so it’s about time that it saw daylight.”

Holopainen’s comments are reminiscent of a statement made by Devin Townsend (ex-Strapping Young Lad) in a BW&BK interview several years ago. Discussing his daily music-oriented reality, Townsend revealed that once his brain locks onto an idea he’s unable to concentrate on even the simplest tasks until the music has been recorded and thus made “real.”

“That’s exactly my thing, too,” Holopainen says. “It’s always there and you can’t think straight when you have something like this in the back of your mind all the time. It has to come out. I think that’s the essence of music. Why do people write music or write poetry or paint art? They have something inside that needs to come out no matter how ridiculous or weird it seems.” 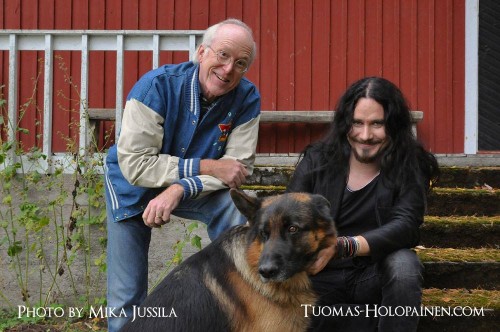 As the mastermind behind arguably one of the most popular metal bands on the planet, Holopainen is always under the microscope. Deviating from his familiar stomping grounds to do something decidedly eccentric made him a target for ridicule long before any music had surfaced, an aspect of the Scrooge album he finds amusing more than anything.

“People are too quick to judge. I’ve heard some really funny comments like that; ‘Is this the end of Nightwish?’ and ‘Dude, you’ve got to grow the fuck up…’ (laughs). It’s really amusing. It’s a very serious thing for me, and this particular book is my Desert Island book. I’ve read it at least 200 times and it’s given me so much; the book is filled with life philosophies and moral lessons. It’s very inspiring, it really gives you a spark of life. I want to go out there and have as many adventures as possible, so in that way the Scrooge book is really inspirational.”

The Life And Times Of Scrooge is an ambitious project made all the more special for Holopainen by having Don Rosa’s blessing; he drew the original 212 page book of the same name. On top of that, Rosa created original artwork for the album.

“Even if he would have said no I would have made this album and have another artist do the cover, but to be honest the project just screamed Don Rosa’s name all the time. I’m just so relieved and happy that he agreed to do it. At first he was clearly a bit sceptical and I don’t blame him at all, but then he agreed to do the cover. I remember his first email saying ‘Maybe you should get a proper artist…’ (laughs). He was serious, as it might have something to do with the fact he hasn’t done anything new since 2006 and maybe his eyesight isn’t that great anymore. But when I saw the final cover art I was blown away. It was so beautiful. Even better than that, he dug up all his old original sketches from these chapters that nobody has ever seen, not even the publisher, and he gave them to me to use in the booklet layout.” 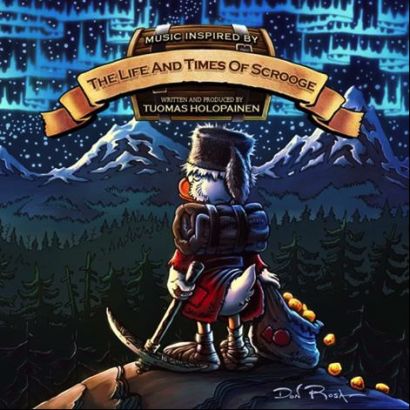 Check out the video for ‘A Lifetime Of Adventure’ featuring vocalist Johanna Kurkela here. My previous interview with Holopainen can be found here.