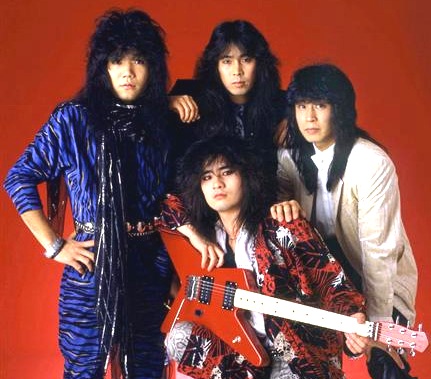 From the moment I dropped the needle on the record I was hooked, and the hunt began…

I soon found Anthem and their Bound To Break album, which immediately captivated me thanks to the unholy guitars and the killer vocals, which shifted constantly between Japanese and English. Around the same time EZO was introduced to the North American metal scene with their self-titled debut in 1987, a metal album so unlike anything on the market at the time that I couldn’t help but be both amazed and perplexed by it. So heavy, and Masaki Yamada’s unusual deep vocals fit the darkness of the music perfectly. Looking back now, the self-titled EZO album was ahead of its time; if tracks like ‘Destroyer’ and ‘Desiree’ were released today they would be considered cutting edge and commercially accessible. 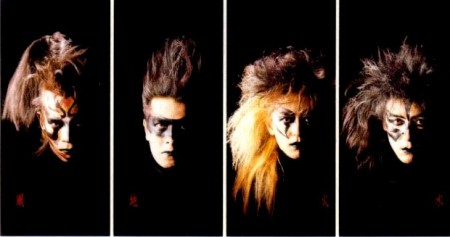 Admittedly, although I consider Loudness, Anthem and EZO my three favourite Japanese metal bands, the discovery of X Japan – still known simply as X back then – back in ’93 blew my mind. I couldn’t believe how late I was arriving at the party. The metal scenes in North America and Europe were divided between the glam / hair rockers, thrash and speed metal with leanings towards what would become popular forms of death and black metal. To my ears X was an insane mix of glam, thrash and speed that seemed to change from song to song. On the Blue Blood album they’d created some of the boldest music I’d ever heard, daring to thrash through tracks like ‘X’, and ‘Orgasm’, serve up epics like ‘Rose Of Pain’ and ‘Kurenai’ (one of my Top 3 metal songs of all time), deliver a song like ‘Endless Rain’ that Elton John would be happy to call his own, and all on the same album. It was unheard of by western metalhead standards, yet X made it work beautifully.

When I see how popular X Japan is around the world in the 21st Century, I can’t comprehend how the western world never really clued in during the ’80s, or why the band didn’t follow Loudness’ example and reach outside Japan. Then again, they were so damn popular at home there was no need to go beyond their own backyard.

Japanese metal wasn’t for everyone back in the ’80s, however. For some westerners it was wonderfully exotic, for others it was odd or just plain wrong. Some metal fans exhibited a racist attitude towards the idea of Japanese metal, but they were thankfully a minority. 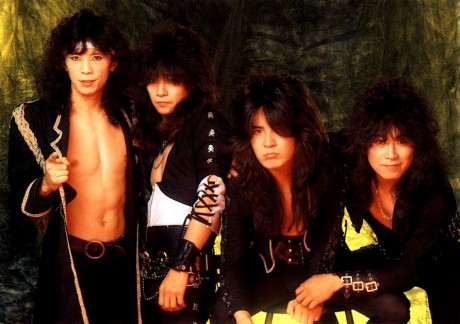 Loudness were the pioneers that left some metal fans in awe, while others couldn’t get past the fact Minoru Niihara clearly was not an English speaker belting out the vocals. Europe embraced Loudness in the mid-’80s first because nobody really gave a damn about the language barrier that supposedly existed – the music came first, not the packaging – but when America and Canada caught on with the release of Thunder In The East in ’85 it was agreed that Loudness had officially “made it.” For me and the small group of friends that embraced Japanese metal as being worthy of sharing shelf space with our favourite bands, we knew we were part of an elite group that required an open mind and excellent taste. We were proud of that.

Up until I was asked to write this article I’d never actually considered what it is about Japanese metal that makes it stand out against their international peers beyond the obvious cultural differences. When I consider the wealth of Japanese bands I’ve listened to over the last 25+ years, I realize they present their music with a colour and intensity that is distinctly their own, distinctly Japanese. In the ’80s is almost seemed like the Japanese bands were watching the rest of the world with the intention of improving on what was already considered amazing; not in an arrogant way but rather out of inspiration. Eddie Van Halen was considered a guitar god from Day 1, but there was no way anybody could ignore Akira Takasaki’s skills when Loudness appeared on the horizon. Poison turned the up the volume on the LA glam scene with their big hair and flashy image, and I can almost see Yoshiki saying “You think that’s cool? Watch this…” as he and his X bandmates hit the stage with the biggest hair anybody had ever seen. Even within the Japanese scene itself, when Visual Kei became an unstoppable trend many years later – unique to Japan alone – Dir En Grey dropped the genre’s image they had helped build from the ground up in favour of becoming a psychedelic extreme metal Pink Floyd with no real look to speak of. Their music does all the talking now. Or alterna-metal act Head Phones President featuring vocalist Anza, who puts in performances that can be creepy, beautiful, extreme and soulful, sometimes all in the same song. Very few western metal bands can pull that off. 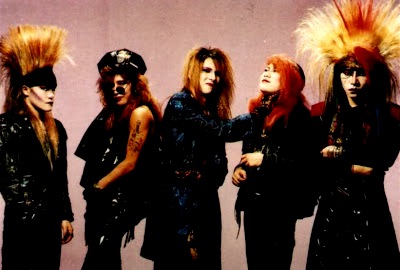 With the dawn of the internet and almighty YouTube breaking down borders, Japanese metal has become somewhat less exotic thanks to having reached a wider international audience. With all the interest that’s been generated via the internet Visual Kei bands have been able to tour Europe and North America, X Japan was able to present new music, do a long-awaited world tour and gain huge international press attention, and bands like Loudness and Anthem have proven to be very much alive even though they seemingly disappeared from the record stores in the west ages ago. The internet also allows metal fans from all over the world to experience and support Japanese metal bands they might otherwise had never discovered or had only heard rumours about. I, for example, had only ever heard about EZO’s first two albums as Flatbacker, and 19 years later I finally got a hold of them in 2006 thanks to a friend in Japan.

So, does Japanese metal have a place on the world stage in 2014? Absolutely. Without a doubt. It always did.

As for the key to success in the west for Japanese metal bands, in my humble opinion it comes down to staying original and not trying to cash in on what’s popular somewhere else in the world. We already have Children Of Bodom, Iced Earth, Cradle Of Filth and Gamma Ray, we don’t need the Japanese versions of the same. There’s nothing wrong with being inspired, but it’s important to keep your own sound and identity. Maybe the record company executives in the USA, Canada or Europe will say different, but I consider it a success when a Japanese band piques my curiosity, grabs my attention, kicks my ass, and turns me into a fan that comes back for more. 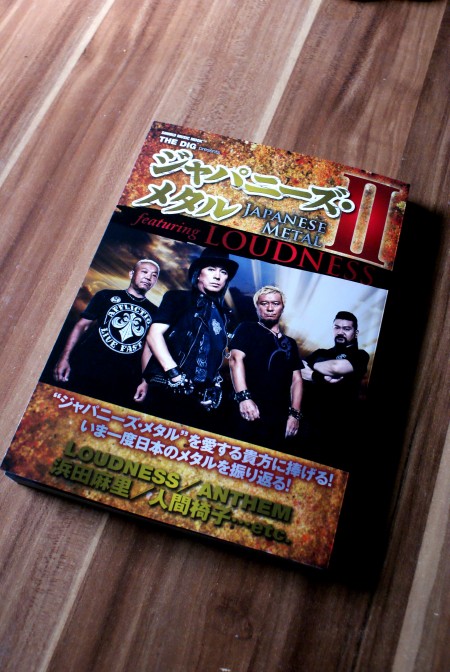 … And a most honourable mention to the bands I couldn’t work into the story:

Big thanks to Takashi Kanazawa for trusting me with this assignment.