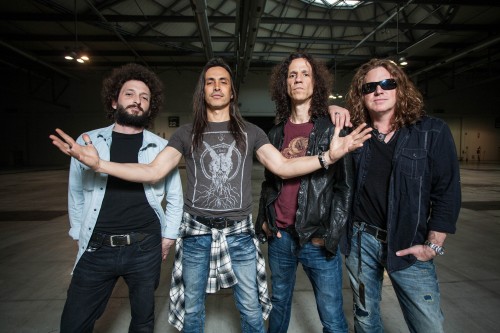 “‘More Than Words’ obviously struck a chord with people, but that happened nine months after the release,” Cherone reveals. “We were writing for III Sides To Every Story, the Pornograffitti record was dead, we were touring Europe and getting ready to do the third record, and all of a sudden ‘More Than Words’ took hold in Denver and started to connect. Quoting Nuno, the Pornograffitti record is where we found ourselves. On the first record we were our influences – Aerosmith, Van Halen – and on Pornograffitti we discovered what we were. There are monster riffs on the record; Nuno is out of control (laughs).” 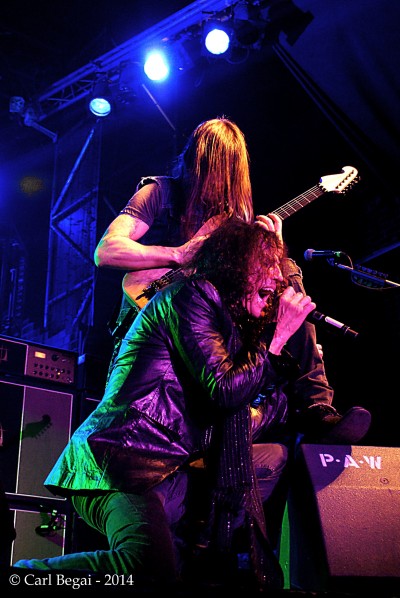 Call Pornograffitti ahead of its time, but it can also be seen as a tribute to ’70s mindfood like The Wall (Pink Floyd) and Tommy (The Who). Cherone admits there were no grand plans to create a concept album; it just happened.

“I don’t think we thought about it. That was in our blood. The obvious musical influences were Aerosmith and Queen and Van Halen, but the conceputal part of it for me was influenced by The Wall and Tommy and Quadrophenia. When we wrote these songs after the first record, the majority of them wrote themselves.”

The jump from songs like ‘Play With Me’, ‘Little Girls’ and ‘Mutha (Don’t Wanna Go To School Today)’ to the Pornograffitti material was significant, to the point that anyone hearing the album before the debut would have a hard time making the connection to the same band. Cherone agrees the albums are worlds apart.

“Something a lot of people don’t know is that the first record should have come out in ’88, but it was delayed a year because of politics and re-recording stuff. It was our first record so we tried to make it as good as we could. It came out in early ’89, and by time we were touring for the first cycle of that record we were writing Pornograffitti. We were bored of the first record on that tour so we were doing ‘Get The Funk Out’ and even ‘More Than Words’ live by the end of it. So again, we came into our own.” 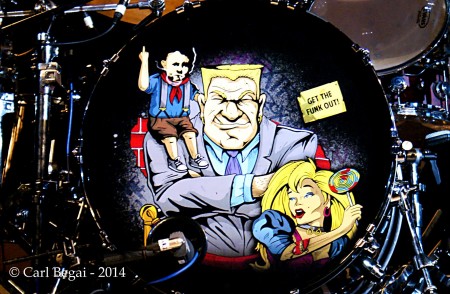 “Don’t sell yourself short,” laughs Cherone. “You were 21or 22 at the time, and it was the same with me growing up. I remember not getting Pink Floyd but I grew into it. When we were doing Pornograffitti, I remember going out to dinner with an A&R guy and he was trying to tell me that ‘When I First Kissed You’ doesn’t belong on the record. It was too eclectic, he said, we should save it as a B-side, but I told him ‘No, it’s part of the story.’ We were full piss and vinegar back then so it had to be on the record. We grew up with Queen and they did ‘Love Of My Life’, and not to say that we thought we were Queen, but we knew what we wanted. Whether we were naive or passionate, we were resolved in what we wanted to do.”

“And in a way, during that period there was confusion,” he adds. “When ‘More Than Words’ became a success and people heard of Extreme and thought ‘Oh, it’s those two Italian guys playing that nice ballad…’ and that’s chased us our whole career, even when we tried to get support tours and went on the road with Bryan Adams and Bon Jovi.”

The first leg of the Pornograffitti 25th Anniversary World Tour went over a storm, with Extreme fans packing the venues night after night. Some songs were never played live before this tour, others haven’t been performed in over two decades.

“Yeah, like ‘When I First Kissed You’, and that’s my favourite part of the night,” says Cherone. “I think the audience likes it because it comes after ‘Money’, ‘It’s A Monster’ and ‘Pornograffitti’, so we’re going from mayhem to a whisper. Some songs we haven’t played in 25 years, like ‘L’il Jack Horny’, ‘Money’ and ‘Suzi’. We didn’t do those songs back on the original Pornograffitti tour. I was laughing at some of the lyrics in rehearsals, but it was muscle memory for all of us. It all came back. When we wrote those songs back in the day when we were playing the shitty clubs, but doing the songs on this tour now, it’s almost like we’re embodying that period. You want to get lost in it. I’m moving to this music like… I haven’t moved like this in 25 years (laughs).” 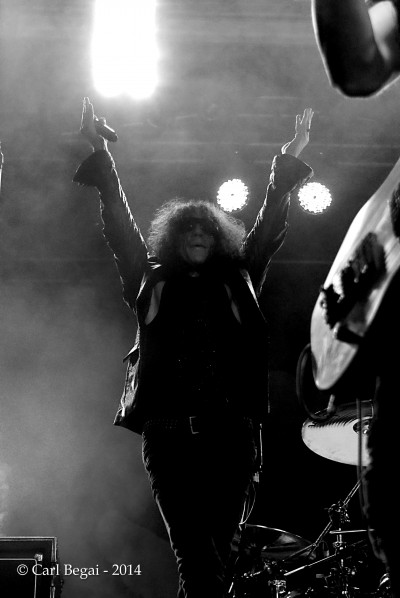 The next logical step would be to bring Pornograffitti to the theater stage. Or not?

“A couple people have approached me wanting to write dialogue to it,” Cherone reveals. “Pornograffitti as a story has been told a million times; it’s about the loss of innocence, about leaving the cradle, going out into the world and being tainted by it, and trying to hang on to your soul. In the back of my mind I’d like to do it, sure, and believe it or not there are a few songs from III Sides that could be incorporated into something like that. So, who knows?”

No matter what happens next, with Pornograffitti as the benchmark for their career Extreme will always be up against themselves first and foremost no matter what they do.

“Yeah, you’re right,” Cherone agrees. “And not only that, we’re up against perception because this was a sucessful record and III Sides didn’t do as well in the States even though it did well in Japan and Europe. We consider III Sides a better record performance-wise. Songs are subjective. Pornograffitti for you was at a certain age and time, for me it was Alice Cooper at a certain age and time. In both scenarios it was the perfect time.”

It’s one of those albums I’ll be listening to when I’m in my 70s, tormenting anyone in the vicinity with repeated spins. All in the interest of musical appreciation and education…

“That’s flattering. We’re in the bubble, we never consider that. When we hear a fan say that it makes us stop and think. As you get older it’s like looking at an old high school picture. I’m the biggest Nuno fan, for example, and Pornograffitti is an identifiable riff record. Those are Nuno’s riffs and nobody sounds like him. He’s said in interviews that he couldn’t write a riff like ‘He-Man Woman Hater’ now because he has no idea where it came from (laughs). I’m a big Alice Cooper fan, so when I wrote the lyrics for the record I was all over stuff like ‘School’s Out’ and ‘Got No Principles’. Lyrically the song ‘Suzi (Wants Her All Day What?)’ is campy and I don’t know if I could get in that mindset again. That’s where I was at the time, and stuff like that makes me smile.”

For information on Extreme and updates go to this location.