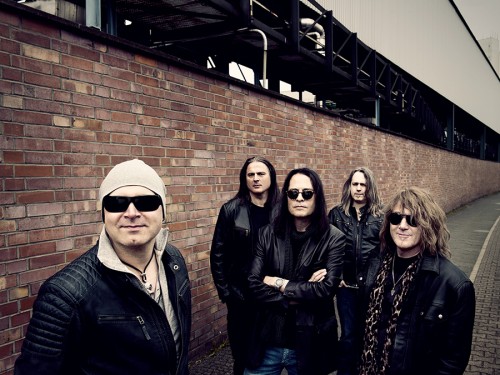 “You have to look at the roots of the people in this band other than Michael, who has his metal roots way in the past. Kai came very late to the band, and the rest of us make hard rock music, not metal. It’s like Paul McCartney making a record that sounds like The Beatles; is he supposed to apologize for that? I don’t think so (laughs). No matter what we do we’re going to disappoint somebody, so we just stay true to ourselves. Slowly but surely we’re finding our way. On this album we tried some new stuff, we ventured farther into the dangerous metal realm (laughs). We left the dragons out but we tried to give the fans a little more of what they want to hear.”

For all the talk of Unisonic being more rock than metal, which they are, Light Of Dawn is considerably heavier in places compared to the debut and very Helloween-ish at times. Odd considering Hansen played a huge part in kicking the songs into shape for the first outing, yet he did no writing for the new record. 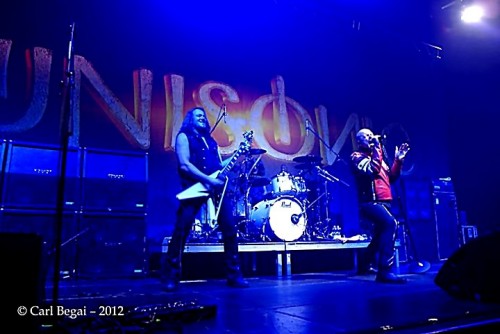 “Funny, isn’t it?” Ward laughs. “It’s true that Kai didn’t write anything for this record but we did have a few pre-production sessions where we met. He was involved in getting some arrangements finalized and coming up with some idea here and there, but the actual songwriting was myself, one from Mandy, and a couple from Michael. Kai didn’t have the time because of his Gamma Ray commitments and it was a shame. That being said, going back to the development of a new band, we started off as a one guitar band and all of a sudden Kai came in and my head wasn’t really wrapped around that. After making the first record I realized I should take advantage of the fact I have two great guitar players in this band. I said that I wanted more guitars and more riffs for Light Of Dawn – this is the musician and the producer talking – and I wanted more melodies for Michael to sound epic. I wanted it to be more of a guitar album than the last one.”

Musically speaking, it’s hard to imagine anyone telling someone like Hansen – with a 30 year career and a huge catalogue of material under his belt – how and what to play on an album even if he didn’t do any songwriting.

“Kai is very spontaneous,” says Ward. “He comes up with ideas on the fly and it’s great because it gives the music a real identity. I offer ideas, I don’t insist on anything and I believe everything can be improved. As a musician I say ‘Here’s my music, if you’ve got something better let me know.’ As a producer I’m saying ‘Is your idea better than mine?’ because if it’s not I’ll argue against it (laughs). I don’t have to do that very often because most of the time their ideas are better than what I propose. On the song ‘For The Kingdom’, for example, it was Kai’s idea to start it with that staccato riff and I’m grateful stuff like that happened when we were writing. That’s a band in action.” 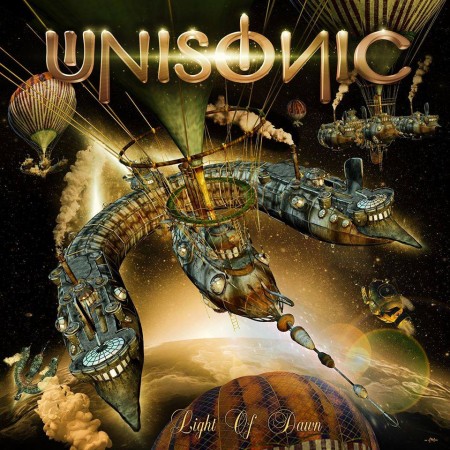 For information and updates on Unisonic check out their official Facebook page here.