“I think this is a better record than our first one,” says Cherone. “There were a couple songs on the first record that stuck in your head, but Retrogrenade is more melodic and I think the subject matter is more universal. There were more contributing elements on this record and everyone was more involved in the songwriting. The first album was mainly me and Mark. It’s a case of the band developing as a group, so thank you for saying that because it’s very encouraging.”

It’s rare that one of these interviews becomes a song breakdown – sure as hell not this quickly – but the material on Retrogrenade demands the attention. There’s no way you can pinpoint a few tracks and say ‘That’s what the band sounds like from top to bottom.’ If you do, you’re clearly talking about a different Hurtsmile.

The song ‘Big Government’, for example, deviates with in-your-face abandon from the melodic set-up of Retrogrenade’s first two hook-heavy songs, ‘Rock N’ Roll Cliché’ and ‘Hello I Must Be Going’. The track is a groove stomp with Cherone delivering spoken verses before breaking in to the thumping, almost aggravating chorus. Not a song one would expect to catch on at first, but it does eventually win you over in a big way.

“That one is a deeper cut,” says Cherone. “It’s got a big chorus but it isn’t the most melodic song; I think it’s infectious in a very simple way. So, it’ll probably aggravate you even more now (laughs).”

‘Where Do We Go From Here’ seems to pay tribute to Extreme’s funk-like tendencies, dressed up with a definite Led Zeppelin vibe.

“That was us channelling Zeppelin,” agrees Cherone. “Mark came up with that riff and it just reeked of Jimmy Page. I think that’s a slow favourite for people. Some of them will skip over it because it’s kind of long and the arrangement is a bit slower, but after you get through some of the quicker, poppier tunes that one’s got a bit more meat and potatoes to it.”

On the other extreme (pardon the pun), Hurtsmile shreds through ‘Wonder What’ in the spirit of their digital-only cover of the 1917 American folk classic ‘Over There’ released in 2012. A welcome three-minute rip and tear… 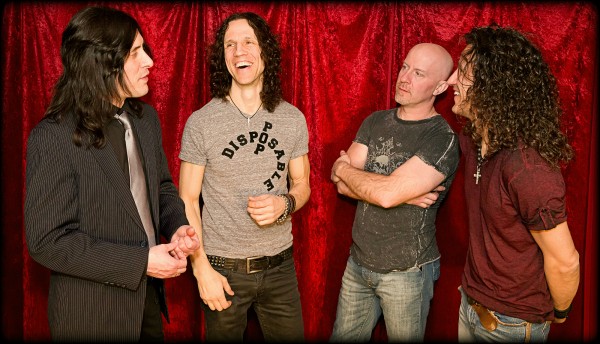 “That’s all Mark, him and his punk leads. I just added the backing vocal arrangement. The band is ballistic on that, Dana and Joe are almost metal (laughs).”

And there’s the infectious ‘I Still Do’, perhaps best described a lighthearted yet melancholy ballad suited for fans of Extreme’s III Sides To Every Story album. It features a classic Cherone chorus guaranteed to be stuck in the head for days.

“That speaks to pure pop rock, and I give you credit because you’re a guy and you’re writing reviews and stories for metal. God forbid you admit to liking a pop song (laughs). I love the band Bread and those singers/songwriters from the ’70s. Hell, I’m a Hall & Oates fan.”

Perhaps the most perplexing moment on Retrogrenade, however, is the pure country of ‘Goodbye’. It’s guaranteed to be the love/hate track of the record; the only thing that’s missing is Cherone singing about having a hole in his heart that a truck could drive through.

“(Laughs) We put it at the end because we figured that if we put it earlier maybe people wouldn’t listen to the rest of the record. It came down at the 11th hour when we had to title the record. I had a bunch of different ideas and ‘retrograde’ came up but that has a negative connotation. For some strange reason I thought I saw ‘retrogrenade’ and I brought that to the band, and it was the only name for the record that everyone liked. I bring that up because the production of the record is contemporary but there’s a nod to the stuff we grew up on. The country track, to me, when I heard Mark’s guitar it sounded very Eagles. Now, are they a rock-country band or a country-rock band? At this point I’m to old to worry about what other people think. I think that’s one of the strongest songs on the record, and the only condition on it was ‘Put it at the end so nobody gets pissed.'”

Cherone has gone on record as saying that people who are into Extreme will find Retrogrenade to their liking for the simple fact it has the same eclectic qualities of Extreme’s early albums. The trick, of course, was to make sure Hurtsmile didn’t come off sounding like an Extreme clone. Not an easy task when Cherone has a trademark sound.

“It’s funny you say that because during pre-production or a writing session I’ll come up with something, and those guys will go ‘It sounds like Extreme.’ They’ll mention which Extreme song it reminds them of and I’ll look at them and go ‘Really?’ and then I’ll laugh about it. I can’t help it.”

“For me it’s who I write with that makes things different from Extreme, whether it’s with Mark or collaborating with someone like Eddie Van Halen. I’m bringing mysel to that collaboration and that’s the difficult part. It’s usually a concensus that edits out any Extreme elements, whether it’s a harmony thing or whatever, that we may want to move away from, but it’s not usually a make-or-break thing.” 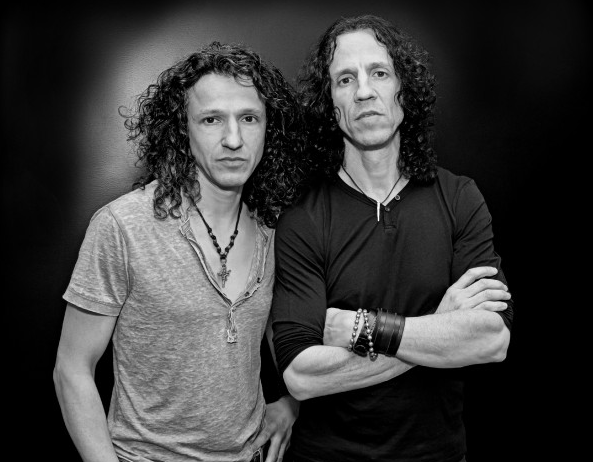 Given the quality of Cherone’s songwriting, it would be foolish to simply dismiss material out of hand because something sounds like it would fit on an Extreme album.

“Exactly, and it would inhibit me because I’d be second-guessing myself. I’d be having conversations with myself about what works and doesn’t work in Hurtsmile, and that would inhibit the songwriting process. Joe worked with Nuno, Mark stole my record collection as a kid (laughs), so how we write is almost second nature. When I was working with Van Halen, I was the outsider looking in. With Hurtsmile or Extreme we’ve got 25 or 30 plus years together. Nuno (Bettencourt) always knows when I’m in a bad mood and vice versa. I grew up with Mark, and I guess maybe that’s the secret of the success of the band when it comes to songwriting.”

“The new record is Hurtsmile creating an identity apart from it being a Gary Cherone project. This is a band. You pointed out the hooks and some of the pop elements people heard on the early Extreme records. When people hear Extreme they might here elements of Van Halen and Queen – which are obvious influences – but maybe they never heard of Cheap Trick, which is something that turns up on this record. Even the Eagles reference, which is gratifying to me when people bring that up. Not that we’re trying to copy them, but mission accomplished trying to bring some of those influences out.”

Retrogrenade is best described, at least to these ears, as III Sides To Every Story meets Led Zeppelin.

“That’s humbling because of what Zeppelin represents, and I think III Sides is the pinnacle of Extreme.”

Prior to this interview there was some hushed conversation about the possibility of Hurtsmile hitting the road with Badger, the solo project launched by Extreme bandmate Pat Badger. Cherone confirms it wasn’t just mindless babble.

“I think you heard that right (laughs). Pat and I have talked about it, and we’d like to get to Japan with a tour. Pat was saying that Hurtsmile can back up Badger and I was like ‘Wait a minute, we’ve got two records and you’re only on your first…’ (laughs).”

Which raises the question as to whether Cherone feels it’s necessary to dust off a few Extreme classics as part of the Hurtsmile set. Two albums’ worth of material to choose from plus a cover or three doesn’t require any extra seasoning in a set.

“That’s a fine line to walk,” he admits. “On the first Hurtsmile tour we did Extreme wasn’t touring at the time, so we did ‘More Than Words’, ‘Hole Hearted’ and ‘Rest In Peace’. Now it would feel a little awkward doing that because Extreme has been out doing the Pornograffitti shows. We did all those songs, so for me to go out there and do ‘More Than Words’ with Hurtsmile doesn’t make sense. The argument would be to step away from it. Maybe having Pat come up for an encore and doing an Extreme song would make sense, but with two records out we have enough material for a full show.” 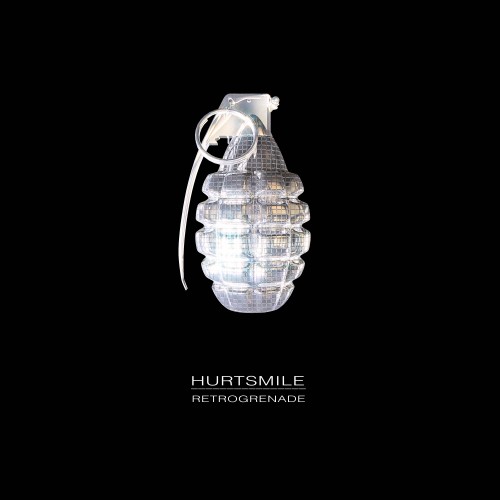 For information and updates on Hurtsmile go to this location.

Check out the songs ‘Rock N’ Roll Cliché’ here and ‘Hello I Must Be Going’ here.

2 thoughts on “HURTSMILE – Is That A Retrogrenade In Your Pocket..?”