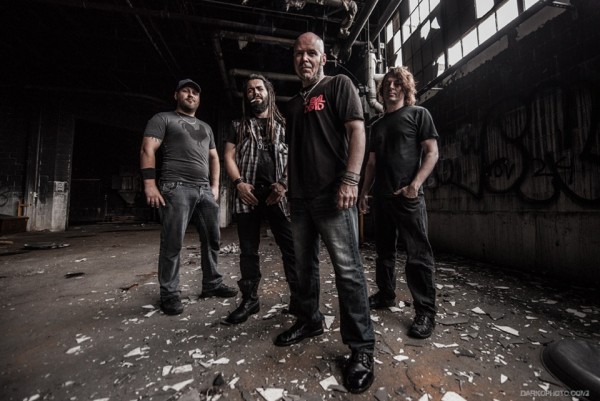 “The funny thing is that when I started Bobnoxious, I wasn’t really sure if that first album was going to be the be next SFH album or not. I decided at the time to go with Bobnoxious because I was getting tired of seeing guys coming and going in other bands. The perception for some people was that if somebody in a band left, that band was over. I thought, fuck it, I’m going to call the band me (laughs) and if somebody comes and goes in the line-up, I don’t care.”

“The song ‘Stoned At Large’ on the first Bobnoxious album was originally for SFH, and on almost every album I took songs that I wrote over the years before I started Bobnoxious that I never released as SFH tunes. The songs ‘Hush’, ‘Let’s Go’, ‘Stupid Things’ and ‘Down’ are all from back then, and with the exception of E.O.A. there’s always been a song from SFH on those old albums.” 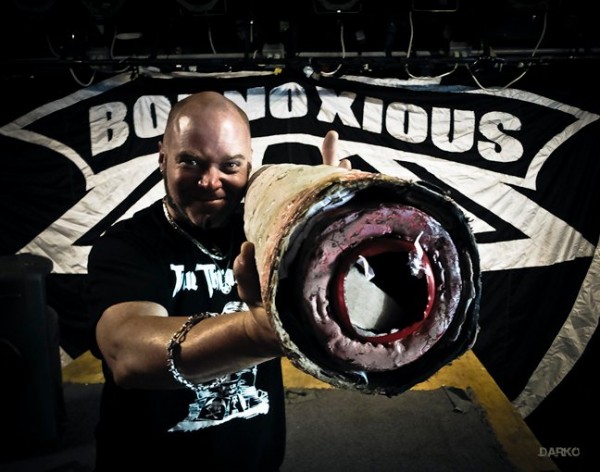 Some Razor fans want nothing to do with Bobnoxious or Reid in general, because as far as they’re concerned his brand of rock n’ roll has nothing to do with Razor’s thrash. That, and a lot of folks consider Reid a pretender to Stace “Sheepdog” McClaren’s throne. Reid laughs at being called the “new guy” in Razor some 25 years in and at people who underestimate the musicality of what Bobnoxious does.

“I challenge anybody to play our stuff. I’m do think of myself as a pretty good rhythm guitar player; I can play like Hetfield and a lot of guys can’t. I’ve got that picking thing down, whereas a guy like (Razor guitarist) Dave Carlo is beyond that. I wouldn’t even begin to try and play like Dave because I’d bugger up my hand for life (laughs). I’m not the solo guy. I’m a songwriter and I like to sing and play. I think the party atmosphere Bobnoxious has actually taken away from the fact that a lot of thought goes into the music.”

“On a listening basis from the outside the music is very simple; to the untrained ear it just sounds like ‘One, two, three, four…'” Reid agrees. “I’ve got a new guitar player (Chris Raposo / Rebel Few) and he’s fantastic, and when he came in he told me that he thought the songs were going to be easy to learn, but there’s a twist in almost every one of them. He was like, ‘Aw fuck! You always throw in something weird!’ People just don’t pay attention. They just think Bobnoxious sounds like Motörhead meets Ramones stuff, and I’m cool with that, but if people knew how long I spent working on some of those simpleton little songs… Sometimes I’ll spend months working on one verse because I don’t like the way the music or the lyrics are being delivered. Maybe it’s that one word that isn’t quite right. When we did the Rockaholics album (2006), the title track was the last song I wrote lyrics for. I kept waiting for that one monumental moment, and it was when I woke up so hungover I thought I was going to die. Instead of puking my face off I grabbed a paper and a pen thinking ‘This is what I was waiting for…'”

“Most guys I know, they write a song and they’re done and moving on to the next one. I don’t want that with my music. I don’t want to be saying to myself 20 years from now ‘I wish I hadn’t written that’ or ‘I wish I’d written it a different way.’ And it was Dave Carlo who taught me that. In the very early years of Razor he told me ‘Nobody else has to live with this record except you, so make sure that if you feel like fixing it, fix it.'”

Check out the song ‘E.O.A.’ here. For information and updates on Bobnoxious go to this location.