1) SONATA ARCTICA – Pariah’s Child (Nuclear Blast)
– Yanked from the recycling bin and polished to a shine. Their “I Can’t Dance” cover from the Ecliptica re-issue has more balls and passion than Pariah’s Child as whole.

2) EKTOMORF – Retribution (AFM)
– Sepultura called, as they do every two years; they want their songs back.

4) EMIGRATE – Silent So Long (Spinefarm)
- A dismal follow-up to the stellar debut. Energy that would have been better spent on a new Rammstein album.

We at BraveWords pride ourselves on shoving pertinent metal and rock news down people’s throats, deftly avoiding the bullshit tabloid writing of some of our “competition.” I’m proud to say we continued this tradition (thus the arrogant intro), but the biggest news bit of 2014 was our facelift from the tried and true BW&BK trademark to our bolder BraveWords call sign. Months and years in the making – at the cost of whatever hair Henderson had left – the new site is our pride and joy, both ominously functional and pretty damn pretty. There was plenty of trial and error and try again amongst the news team at the beginning, but with the majority of the bugs worked out we’ve been able to (and continue to) make BraveWords a go-to source for the metal community.

Of course, there was the one stooge who says we look too much like another metal site these days. Um, no. Sorry dood, WE led the charge to change and THEY followed.

It was a brutal year for deaths in the metal/rock family, with David “Oderus Urungus” Brockie (GWAR), Wayne Static (Static X), Jimi Jamison (Survivor), Maria “Tristessa” Kolokouri (Astarte), Jacen “JD” Ekstrom (Bif Naked), Jack Bruce (Cream), Tim “Rawbiz” Williams (Suicidal Tendencies), Tommy Ramone (The Ramones) and the legendary Joe Cocker all leaving us far too soon. I raise a glass to the fallen, but they’ll live on through their music.

The year has been a outstanding for albums as a whole, with my Top 20 list above reflecting only a portion of the records that have kicked my ass this year. Not an easy thing to do to any jaded journalist type who is inundated and otherwise blasted with tunes 24/7, but artists like Arch Enemy, Kobra And The Lotus, HDK, Devilment, Bobnoxious, Exodus, Sanctuary and Evergrey continue to be constant ear-pleasers in the BraveWords Europe office. Here’s hoping 2015 sees bands / artists retaining and otherwise slapping us around with continued quality.

On the live front it’s been a stellar year, often going into gigs with high expectations which were surpassed and then some. The slimmed down Trans-Siberian Orchestra production that hit Europe at the beginning of the year was somehow more enjoyable than the North American juggerernaut; less busy, more focus on the insane talent on stage. Rock Meets Classic proved once again to be an entertaining education, this time at the hands of Alice Cooper, Uria Heep, Joe Lynn Turner and Midge Ure (yes, the Ultravox guy) and the brilliant Mat Sinner Band (Randy Black, you will be missed in 2015). The Top 3 Concerts list above something of a farce to be honest, in that given the choice I’d have The Winery Dogs, Y&T, Uriah Heep, Primal Fear, The New Black, Anneke van Giersbergen, Extreme, Accept, Finntroll and Edguy as some of the other big winners in my book.

Finally, I applaud the BraveWords readership for proving me wrong on one very sensitive point regarding the new site. I was dead set against the idea of having postings open to reader comments, convinced it would open the floodgates to a legion of asshole keyboard warriors carving everyone and everything with reckless God complex abandon. I’m pleasantly surprised and pleased to see the vast majority of folks stepping up with heartfelt support and constructive criticism instead.

Well done, Hosers; I salute you.

– Anthrax’ new album matches the greatness of Worship Music .
– Metallica’s new album is decent enough, but the Beyond Magnetic EP is still better.
– The new incarnation of Megadeth shouldn’t have bothered.

Geoff Tate and his dumbing down of the Queensrÿche legacy. No question that the songs he wrote for the self-titled EP up to Empire are the reason the band’s current incarnation has a solid career, but with all due respect Mr. Tate, quit it with the half-assed attempts at being Queensrÿche But Not Really (aka Operation: Mindcrime). Dump the new band name, stay solo, retain some credibility. 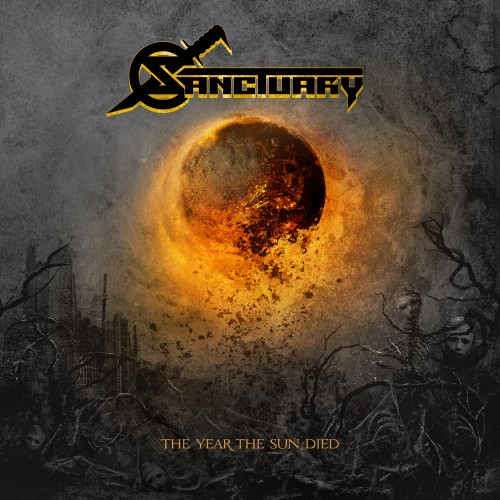