It’s gotta be said that lead-off track ‘Wild Woman’ is standard fare for any Danko Jones release; no great shakes on the one hand but a smart move easing the fans into Fire Music as all bets are off from track #2 onwards. Frontman Jones has gone on record stating that a several songs on the album were inspired / influenced by the Misfits, and it most certainly shows. ‘The Twisting Knife’ followed in rapid succession by ‘Gonna Be A Fight Tonight’ and ‘Body Bags’ amount to almost 10 minutes of punk energy gift-wrapped in singalong attitude, echoed later on the album with equally speed-crazed ‘Piranha’ and ‘Watch You Slide’.

Breaking up the potential monotony of no-brakes punk record are the classic mid-tempo Danko Jones tune ‘Live Forever’ and one of the band’s most adventurous songs to date, ‘Do You Wanna Rock’ (you’re getting more cowbell than you know what to do with). ‘Getting Into Drugs’ is the KISS-flavoured follow-up to ‘Legs’ from Rock And Roll In Black And Blue (2012), and rock love ditty ‘I Will Break Your Heart’ – far too strong to be dubbed a mere ballad – features a brilliant ’50s / ’60s blues groove beneath the walls of distortion. And, in what seems to be another Danko Jones tradition, Fire Music closes with the (I sense a trend here) speed-heavy epic ‘She Ain’t Coming Home’ – the longest song on the album at 4:01 – which features a full-on tip of the hat to Danko’s love for metal with a twin / harmonized Iron Maiden / Judas Priest solo break.

At its core Fire Music is the unexpectedly pissed off younger brother of Below The Belt (2010), the obnoxious wingman to Sleep Is The Enemy (2006), and easily occupying a Top 3 Best Of… list in Danko Jones’ dust free catalogue. 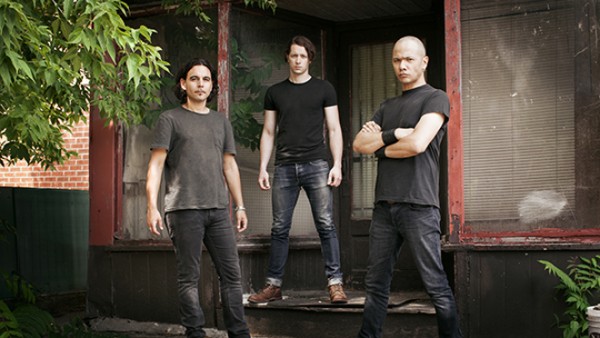 Check out two new songs from Fire Music via the links below:

‘Do You Wanna Rock’
‘Gonna Be A Fight Tonight’

… and for those that have no idea who the Misfits are, click here for some background information. Check out the band’s classic Famous Monsters album here for a taste of what inspired Fire Music.