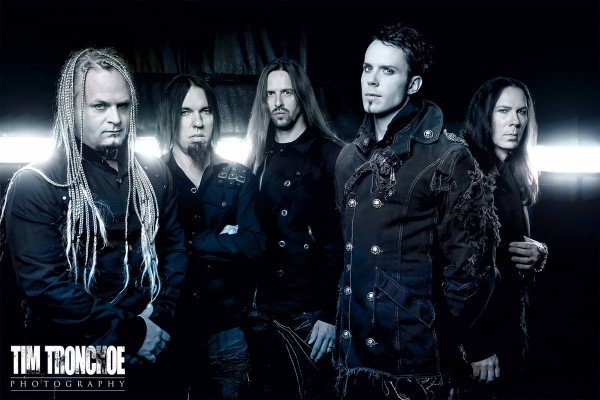 “I never want to feel like we have to have female vocals on an album and who knows, maybe on the next record we won’t,” says Youngblood. “People forget that on The Fourth Legacy (1999) we had two songs with female vocals, so it wasn’t like we jumped on some bandwagon. We did that 15 years ago. The difference now is that we’re lucky enough to have some super-talented friends that also work perfectly within the Kamelot structure. Somebody like Alissa for example, who isn’t really known for melodic metal or power metal or whatever you want to call it, the way she works with us is so natural and organic it’s just amazing.” 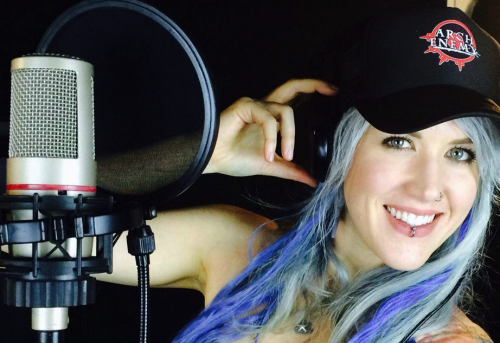 Alissa’s appearance on Haven – for ‘Revolution’, and growls + clean vocals on ‘Liar Liar (Wasteland Monarchy)’ – is something of a surprise given her top priority commitments to Arch Enemy, which have kept her on the road for well over a year. Alissa has made it clear time and again, however, that she’s prepared to step up for the Kamelot camp in the studio or on the road as her schedule allows. That dedication speaks volumes of the chemistry that has existed between her and Kamelot since first coming on board in 2012.

“That’s a great thing,” Youngblood agrees, “and the success that she’s gotten recently with Arch Enemy makes us so proud of her. Of course it means she can’t tour with Kamelot as much, but she deserves all the success she’s getting. We played in Philadelphia with her former band a number of years ago – I would watch her every night on tour and see how hard she worked – and I distinctly remember seeing her watching our set and thinking this girl has so much talent, she needs to be more well known, she should be at a higher level. When she got the Arch Enemy call we were so happy for her.”

“Linnéa Vikström (Therion) is going to do a lot of touring with us in North America. She’s really an amazing singer and very young, we can’t wait to showcase her talents for the Kamelot family. I think you’ll see Alissa join us on some shows as well. I’d love to have Alissa on the European tour if her schedule opens up, and she’s already told me that she’d like to join us if she has the time.” Donockley’s contribution to Haven is also an eyebrow-raiser given that Nightwish was busy working on their own new album, Endless Forms Most Beautiful, while Haven was under construction. Chalk it up to his own personal relationship with the Kamelot crew forged during the chaotic North American tour that saw former Nightwish vocalist Anette Olzon replaced by new singer Floor Jansen during that road trip.

“I just sent him and email,” Youngblood reveals. “We toured with Nightwish in North America three years ago and I really like Troy, he’s a great guy. I’d catch him watching the Kamelot set and at the end of the tour in Orlando we were saying goodbye, and he told me that if I wanted him to be on a Kamelot record or a solo record I should give him a shout. Lucklily there was a gap in his schedule and he was able to put some awesome parts on ‘Under Grey Skies’. Troy is one of the coolest guys you could ever meet in this business.” 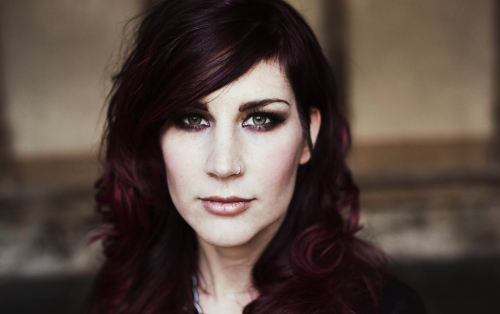 “We were working on the song ‘Under Grey Skies’, and we already had Troy’s part,” Youngblood says of her coming on board. “As we analyzed the song there was a section that we felt would be perfect for Charlotte. Delain has toured with us several times and I really felt that Charlotte has a unique voice in the symphonic metal scene. Luckily she had time, even though she was on tour, to record her parts. In the end I think it came out really really cool.”

Circling back to Kamelot’s tour plans for Haven, Youngblood offers some insight into what the fans can expect when the band hits the road this month.

“I was talking to Tommy (Karevik / vocals) about the setlist and we’re definitely going to shake it up.We’ve been doing ‘March Of Mephisto’ as the last song for I don’t know how many years now, so that’s probably going to change. There’s going to be three or four new songs on the first round of touring: I’d like to pull something from the back catalogue that we’ve either never played or we haven’t played with Tommy before. It’s going to be difficult because we’re going to be adding new songs, so what are we going to take out, ‘Forever’ or ‘Center Of The Universe’? I don’t know. It’s impossible for Tommy and the other singers to do a three hour show, and if you have two or three bands opening up in some places it’s a long night, so we’ll try to stick to the 1 hour 45 minute mark. I’m really looking forward to getting out there with this new album.” Kamelot’s North American tour for Haven kicks off at the end of April. The schedule is as follows:

Check out Kamelot’s lyric video for the new song ‘Veil Of Elysium’ here. Watch their official Facebook page for updates.