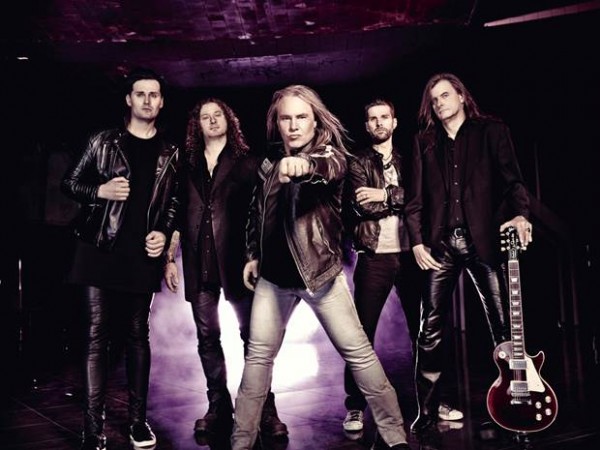 “They aren’t completely great actors, ” Deris laughs, referring to the ass-kissing “best album you’ve ever made” contingent that’s par for the course. “We’ve never been everybody’s darlings and that’s not about to change, but the majority of people seem to like the album a lot. I think the reason for that is we’re always listening to the fans when they tell us what they like and don’t like. That’s still a learning experience, even now. The important thing is that we continue to move forward even as we hold on to where Helloween came from.” 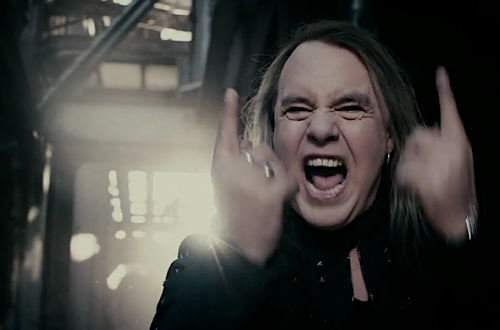 Deris has been with Helloween for over 20 years, trumping predecessor Michael Kiske’s seven. In that time the band has maintained their trademark Happy Metal vibe with varying degrees of success, The Dark Ride from 2000 being the only true blemish on that chart.

“Don’t make me feel older than I am (laughs). We’re not really into that whole darkness and hopelessness thing. From time to time it’s cool to have a song like that, but that’s in the mixture of a concept. There’s a certain place for that sort of thing but I can’t imagine doing a whole album of dark songs. There are a few tracks on the new album like ‘Claws’ , ‘The Swing Of A Fallen World’ and ‘You, Still Of War’ that are definitely more on the dark side of things, but the rest of it is really meant to be the trademark happy Helloween party that people expect.”

“I never understood it and I never will,” Deris says of the idea of metal as darkness without light, so to speak. “How is that fulfilling, being all moody and negative or whatever all the time? I would rather do something fun and enjoyable. Take KISS for example; they’re a party band, for fuck sake. They have cheesy lyrics all over the place and it makes you feel good. Listen to KISS doing ‘Rock And Roll All Nite’; that’s my rock n’ roll that I love, that I grew up with.”

“I did an interview where they asked me why our new album cover doesn’t have the typical Helloween orange and yellow colours people are used to seeing, and the reason is they wouldn’t go with the sort of apocalyptic Day After Tomorrow concept of the artwork. And even if that sounds kind of dark, I suppose, people will find a lot of colour in the songs on the album. It’s definitely Helloween.” 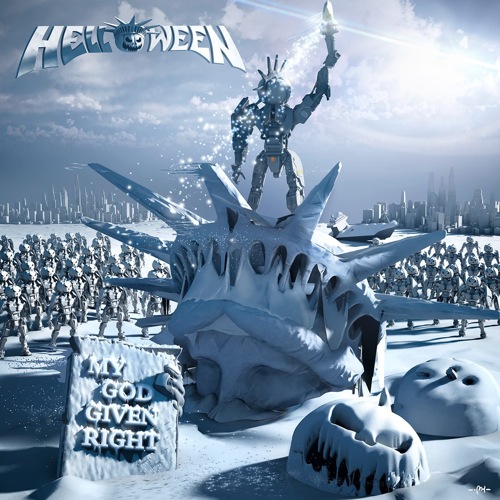 Check out Helloween’s video for ‘My God Given Right’ here.