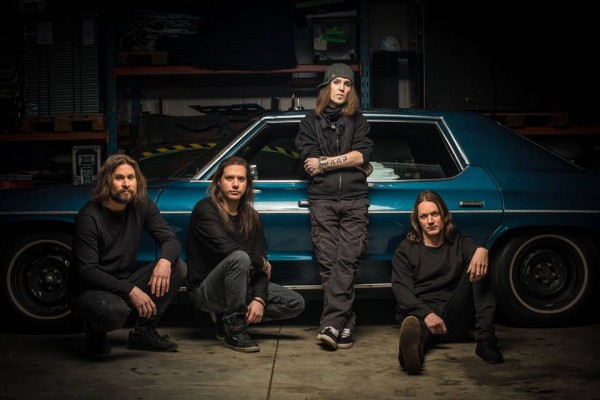 “Yeah, almost, but that’s not the way we think,” says Wirman. “Sure, if ‘Suck My Attitude’ had a little tweaking done it could almost pass as a Bodom song, but that’s not the point. I think ‘Suck My Attitude’ is more Lamb Of God influenced, and it was written mostly by my brother. Obviously people can hear the Children Of Bodom influence in it, but I hear lots of Lamb Of God in there because both of us are huge fans. It’s funny because it’s almost like a tribute (laughs). Getting Alexi to sing on the song, and the ‘Suck my attitude!’ chorus, just fit perfectly. I love how it turned out, and I really love the fact we got to play it live this summer at the Tuska festival with Alexi singing with us.” Wearing the most awesome non-metal Hawaiian shirt ever, looking particularly weird without a guitar in his hands.

In addition, Wirman tapped Laiho to sing a cover of Alice Cooper’s ’80s classic “Man Behind The Mask” for First Of The Five Elements, possibly the cheesiest thing in the Children Of Bodom archives to date.

“That turned out great,” Wirman laughs. “That’s actually not an easy song to cover. Bodom recorded it 10 years ago and we couldn’t release it because it sounded so bad. We thought ‘Fuck it, let’s give it another try’ and we came up with a version in Warmen that we really liked.”

“We have so much fun doing covers that I could just do cover songs all the time, Wirman adds. “Playing covers songs live is just weird, but I could do a whole new album of just cover songs. That would be a lot of fun.”

Following his latest Warmen experience Laiho composed a song commissioned for the Helsinki Festival, and was backed by 100 guitarists for a live performance of the piece. It was a massive undertaking appropriately dubbed 100 Guitars From Hel.

“Dude, it was awesome,”says Laiho. “It was a lot of hard work and a lot of stress… Jesus fucking Christ (laughs). I’ll tell you, man, it was not the easiest project ever but we made it happen. It was fun and I had an awesome group of people around me to work with. Once we finally hit the stage…. oh my God, it was out of this world. Huge fucking crowd, huge stage, and it was a 14 minute song even though it felt like we were on stage for two minutes. It was a blast.” 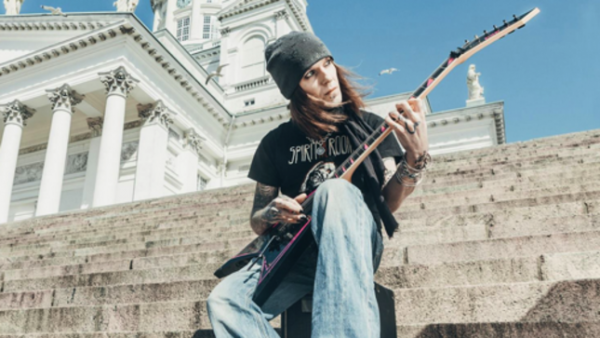 The 100 Guitars From Hel concept sounds cool and probably looked good on paper, but the potential for disaster in expecting 100 guitarists to play in unison was huge. An amateur sound engineer’s nightmare to be sure.

“That’s what I was kind of afraid of,” Laiho admits, “but we had two rehearsal days with all of the guitarists. The organizers rented a venue just for the rehearsals, we got to go through the song a million times to get it as tight as we could.”

The music for 100 Guitars From Hel was an original piece composed by Laiho, no leftovers from previous Children Of Bodom recording sessions were used due the fact the band doesn’t save whatever ends up on the cutting room floor.

“It was written for the event,” Laiho reveals. “The organizers asked me if I wanted to write a 15 minute guitar piece for 100 guitarists, so how could I say no to that… (laughs). The first meeting I had with them was back in March and I was still busy writing the new Children Of Bodom record. I told them that COB was my top priority and that I woulnd’t be able to write anything until the record was finished. Timing-wise it wasn’t the most convenient but I coulnd’t say no to it.”

And would Laiho do it again, if and when the opportunity came up?

Watch for the complete interview on I Worship Chaos coming to BraveWords at the end of September.

One thought on “CHILDREN OF BODOM – Chaos, Attitude, A Gig In Hel”