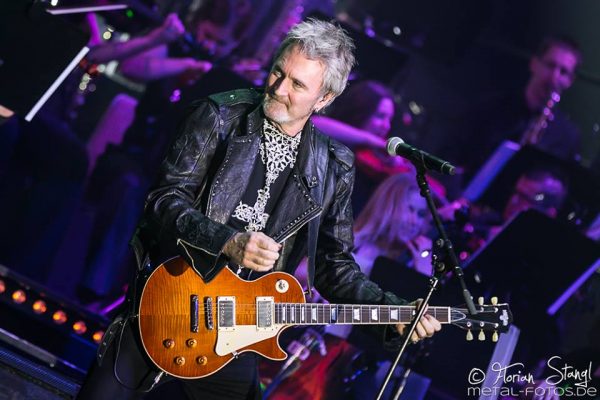 “I saw Rock Meet Classic last year when I was in Germany and it blew me way, and I said we’ve got to get on it,” Lincoln says of how he and Scott found themselves on the tour. “Obviously we couldn’t take the whole band so it’s just me and Andy, but it’s just great. It’s a new concept for us so we had to get our heads around it because there’s the orchestra, the Mat Sinner Band band members, the set changes, other elements. It’s not the same as playing with a regular band so it took a few days, but I think we all agree that we don’t want to stop. We want to go home for a week’s rest, then come back and do another month of this. I’ve heard all these songs before, of course, but it’s great to hear them in this context. Midge’s songs, for example, take on a new life; ‘Vienna’ with an orchestra sounds killer. It’s really interesting to see how the format works on all these different types of music.”

One of the aforementioned elements was Doro, who performed The Sweet hit ‘Ballroom Blitz’ with Lincoln and Scott part way through the show, pyro and all. If you weren’t in attendance it sounds like an odd pairing, but it went over a storm night after night.

“We already knew Doro because The Sweet shot a DVD in Berlin at Huxley’s last year, and she was a special guest and sang ‘Ballroom Blitz’ with us,” Lincoln reveals. “When we found out she as going to be on the Rock Meets Classic tour we thought it would be a good idea to repeat that. She’s a really lovely girl.” 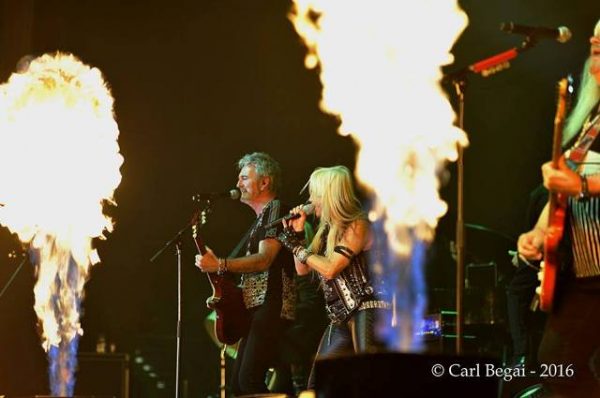 In 2015 The Sweet kicked off their Finale tour which made the rather obvious suggestion that the band was calling it quits. Not so; Lincoln sets the record straight…

“The tour that was going from last September through this May and June is called Finale because we’ve reached the point, especially with Andy because he wants to look after himself, that we don’t want to do 30 dates in a row. This is just the end of big touring. We’re not going to stop working, we might do festivals and two or three shows here and there, maybe record something, but doing a lot of dates all in a row is just too much. So, it’s not the end, just the last big tour.”

Which gives Lincoln the opportunity to devote time to other projects, which include a return to the Frontm3n later in the year and a solo album released this month (May 2016). For those that aren’t aware of Frontm3n, you haven’t in fact been living under a rock. It’s been a while since their last go-round.

“Mick Wilson is the frontman for 10cc, Peter Howarth is the frontman for The Hollies, and I’m the frontman for The Sweet,” Lincoln says of the project. “We decided to get back together again for the first time in 21 years and do some unique acoustic arrangements of songs from our bands, and some other songs. Just three guys, three acoustic guitars, doing solo songs and songs with each other, and it’s great fun. We’re working towards doing some recording. We’ve got some shows booked in Germany for the end of the year and more in January 2017.”

Meanwhile, Lincoln will release his new solo album, Heartbeat, on May 13th. Diehard fans of The Sweet are more likely than not to check it out, but they shouldn’t expect to hear any ‘Action’ or ‘Fox On The Run’-type tracks.

“It’s very different musically from The Sweet. I’ve got a lot of different influences; I like the stuff that comes out of Nashville, I love a lot of west coast stuff, so it’s more in that vein minus the banjos and steel guitars, and with west coast Eagles and Crosby, Stills & Nash harmonies. But that’s trying too hard to describe or analyze it. It’s just a good pop-rock album, it’s not rocket science. The Sweet fans who have heard the first single, ‘In A Heartbeat’, have given it a big thumbs up. People are being very positive and very complimentary about it.”

Lincoln is clearly a team player, but he agrees the time has come once again to break out on his own for a while.

“I released my first solo album a couple years ago and it was a long time coming. Some of those songs had been kicking around for a long time. Then I started writing and I had a new batch of songs, and I felt they were strong enough that they all belonged together. There’s no filler on Heartbeat, just nine strong tracks. I’m really pleased with it.”

“I’d like to do a tour for the album with a small band,” he adds. “Obviously I can do solo shows and play the songs just me and an acoustic guitar, but it would be lovely to have a band. I’ve met some fantastic musicians on the Rock Meets Classic tour so maybe I can pull some guys together from here. Who knows what the future holds? We don’t know, and that’s what makes it so exciting (laughs).” 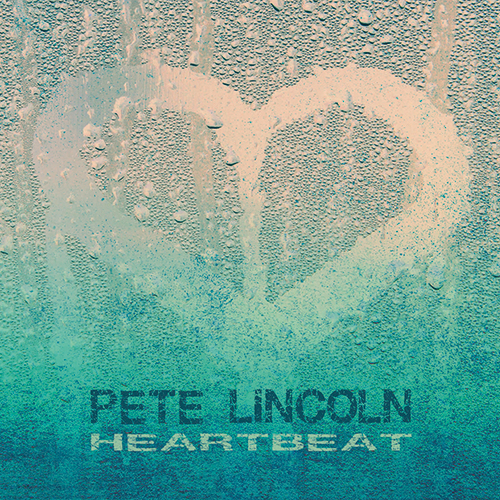 For information and updates on Pete Lincoln go to his official website here.