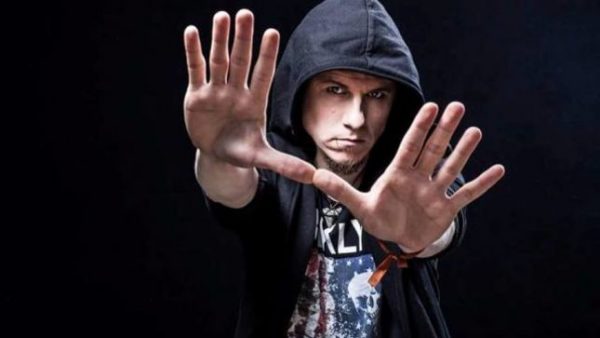 “Me and Olof (Mörck / guitars) started the band seven or eight years ago, and everything took off in a way we couldn’t have imagined,” Jake begins. “Amaranthe became a huge success and we toured the world, and we had a lot of fun doing that. The first two albums (self-titled debut and The Nexus) were exactly what I wanted the band to sound like; a mix between those Soilwork-like guitars and melodic Bon Jovi-type vocals combined with a female voice. Different elements combined, but the main thing in the music was the metal base. On the Massive Addictive album it started to change into something else that I didn’t really control, and you can hear the songs that I was more involved in working on are very metal. When we started working on the Maximalism album I found that it wasn’t the Amaranthe I had helped create at the start. It wasn’t my vision at all and I realized that I had to be true to myself. That was back in March 2016. I love to tour, I love the fans, but I felt that if I wasn’t true to myself.”

“My idea from the beginning is that we were supposed to be six people in a band striving for the same goal. Nobody had ever seen three singers in a metal band in that formation before, and that was my whole selling point for Amaranthe. We should be marketed as a band with three singers and it worked on the first two albums, but I felt that my place both on the albums and live was reduced; I felt like I was superfluous.”