“I didn’t realize they were stored where they were stored,” Rutledge says in what has become a well worn story by this point. “I did some recordings of other bands in the mid-’90s, so I would find miscellaneous tapes here and there; they weren’t stored in any organized fashion. I’d forgotten about the Sanctuary tapes. I have a two-storey barn and the top floor is all messed up, it leaks, there are squirrels and birds up there… it’s just like a barn on any property. The lower part was converted into a studio, which is really nice, so going upstairs you’re in a completely different world (laughs). I happened to be up there looking for some stuff and I came across the box that had those particular Sanctuary tapes in it. It was a surprise to find them, and to find them in the condition they were in. My heart kinda sank because those tapes had been up there for 15 years, and when I discovered them I was sure I made a big mistake by not keeping track of them.”

The songs were strong enough, however, to convince Rutledge and his bandmates to go through the process of trying to save the reel-to-reel two-inch tapes. Once the “baked” version of the tapes that would become Inception were digitized, producer Zeuss EQ’d them to beef up the songs “as they should have sounded,” according to Rutledge, “and even better than that.” 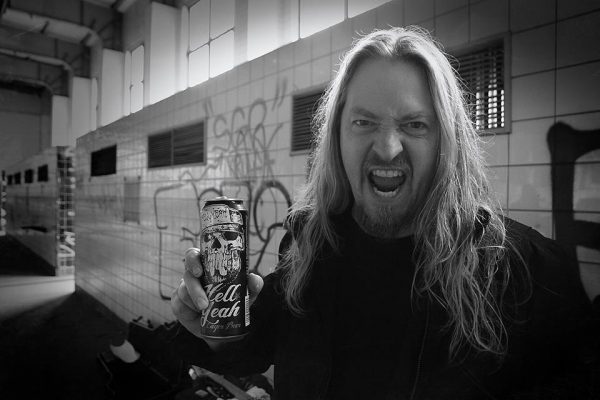 “I kind of remembered how they were when we first recorded the songs. We had done a quick mix of the album back in 1986 and made something like 50 cassette tapes, gave them to our friends. We never released it officially, and I remember thinking it didn’t sound as great as it could have. When Zeuss started mixing it – and he’s a master at doing that – we were blown away by what the potential was going to be. Suddenly, it wasn’t a noisy, scratchy demo anymore. We realized the potential of the album. You can find the original versions on the songs on Inception people have put on the internet and they’re really bad. The quality is almost embarrassing. Zeuss definitely restored them and brought them back to life.”

“One thing we decided that we would not do is ‘fix’ the recordings, as tempting as that was,” he adds. “It was kind of hard because there were times when we thought we could go in and fix a couple things – maybe re-record a guitar part or a solo, fix the guitar tone – but we didn’t because that would have been taking away from what happened in 1986. We wanted to keep that continuity because we didn’t feel it would be right for the listener otherwise. And after we heard what Zeuss was doing to the recordings we didn’t think it was necessary.”

The band opted to keep things as vintage as possible by using artwork for Inception that echoed the cover art for Refuge Denied, created once again by artist Ed Repka.

“It’s really cool and we like it a lot, but it’s not something we’d use for something like our next record,” says Rutledge. “It’s not the kind of graphic we’d use for a modern day record, but we thought it was perfect for Inception in keeping with the 1986 theme. And when you open up the vinyl there are pictures from that time that nobody has ever seen, there are stories from back in the day, so for somebody who is really into the early days of Sanctuary this is a really cool thing to have.” 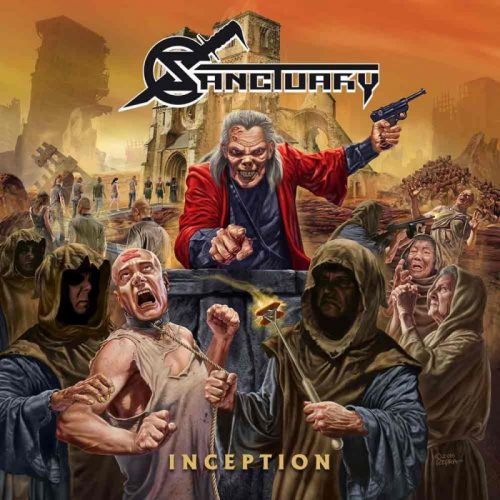