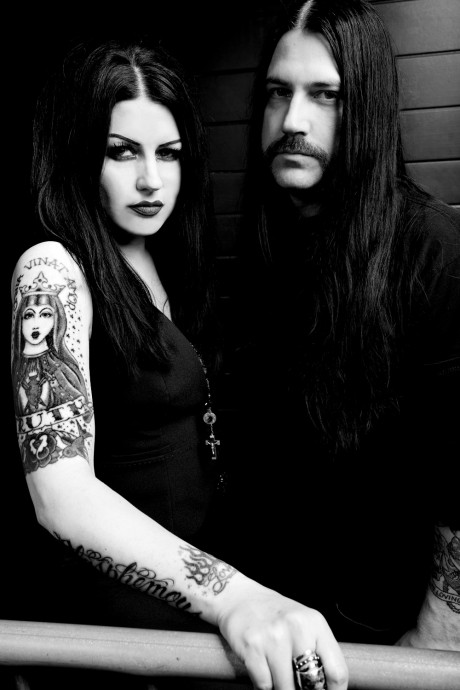 Mick: “We decided to self release The Sacred Mood via TuneCore, which has made it available worldwide through iTunes, Amazon, Spotify, Google Play etc. This way people can find it in a lot of different places and not just on our Bandcamp page. We’re not making music for the masses. We never really have. We make it for ourselves and the fans of band that understand and support what we do. The diehards always show their support; even with the free record we got donations because many people still wanted to pay for it.” END_OF_DOCUMENT_TOKEN_TO_BE_REPLACED 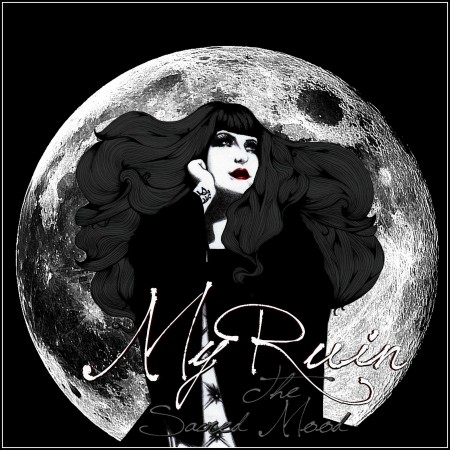 The Sacred Mood follows on the heels of A Southern Revelation’s ultra-violence, making the descent into the Murphy maelstrom somewhat slower this time out. ‘Monolith Of Wrath’ kicks things off with pulse, pound and Tairrie B.’s lush spoken word delivery, turning to My Ruin’s familiar up-tempo punk attitude for ‘Moriendo Renascor’ before giving the expected beating in ‘God Is A Girl With A Butcher Knife’, perhaps THE song to feature everything My Ruin has to offer. From there it’s a journey through all facets of the band’s personality, Mick Murphy churning out Tony Iommi / Zakk Wylde-flavoured metal or a welcome rock crunch (‘Hour Of The Wolf’, ‘Heretic Dreams’) depending on the mood set by Tairrie B.’s vocals. And the lady is all about her non-tweaked all natural scream (‘God Is A Girl…’, ‘Harsh Light Of Day’) when she’s not in her spoken word spotlight (‘Honey Of The Human Soul’). END_OF_DOCUMENT_TOKEN_TO_BE_REPLACED 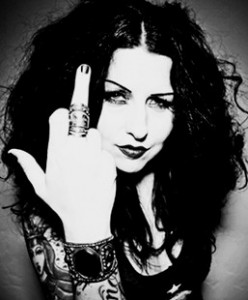 “So, I went to Daniel right after that and told him what Shaun had said, and Daniel had a comeback for everything, which was fine. At this point we’d signed the deal; what were we going to do? Daniel tried to really explain himself, so I gave him the benefit of the doubt because God knows people have had run-ins with My Ruin. There have been altercations, and I know some people out there talk shit about me and my husband. It did worry me a little in the back of my mind, but we decided to walk our own path, and as we got deeper into the record Daniel became even more supportive. He wanted to hear what we were doing and how the songs were coming along, and we’d never had that experience before. It was great. But, as soon as we got done with the record and we delivered it – and it was something we were so proud of – this guy did the Jeckyll and Hyde thing overnight.” END_OF_DOCUMENT_TOKEN_TO_BE_REPLACED 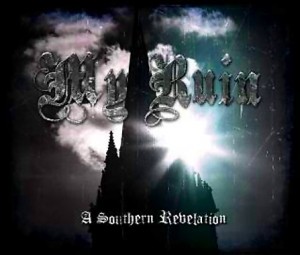 When a press person sings the praises of a band or artist in a public forum, it’s a safe bet that swag is involved. Every music journo has done it at some point, thinking “I scratch your back, you give me a free (insert item or sexual favour here)” until he or she realizes / remembers it’s supposed to be about the music first and personal gain last.

With the above in mind, I’ve shamelessly pushed and promoted My Ruin to anybody withing spitting distance for the better part of two years… and believe me, I’m a projectile saliva expert at this point. My efforts haven’t been in the interest of adding wearable aggressive blasphemy to my wardrobe, however. Nope; I just happen to be a My Ruin fanboy, dating back to the late ’90s and vocalist Tairrie B. Murphy’s first real metal edged smackdown, Tura Satana. And oddly enough, after years of silence we reconnected somewhere along the way and became friends. Thus, any stories, reviews, thoughts, musings or dirty jokes based on My Ruin’s brand of noise were spawned by that friendship.

END_OF_DOCUMENT_TOKEN_TO_BE_REPLACED

A bloodletting rather than an exorcism, vocalist Tairrie B. Murphy tears down Heerdmann, false promises, industry politics and the posers it spawns, ever the elegant wordsmith whether she’s a raging scream or calculated spoken word. Always a treat to listen to – “listen” being the operative word – lyrical violence abounds, with Tairrie venting in her trademark no-bull fashion on ‘Walk Of Shame’, ‘Middle Finger’, ‘Seventh Sacrament’, ‘Deconsecrated’, and the killing blow, ‘The Soulless Beast’. And while certain folks may feel that there’s no such thing as bad publicity, being compared in song to the devil and stamped as “The Great Pretender” by name should be food for change of thought. END_OF_DOCUMENT_TOKEN_TO_BE_REPLACED