Reviewing a power metal band is no more rocket scientific than the music itself. Babble on about divine guitar shred, godlike vocals, throw around terms like “old school” and “traditional” and you’re done. And while this formula has been applied to Primal Fear in the past, to do so in discussing their new outing, Delivering The Black, would be a huge disservice to the band and the fans. Primal Fear is one of those rare acts that, 10 studio albums into their career, are more vital and vibrant than they were at the beginning, and anyone that’s been following them since 1998 will have one hell of a time arguing the point in 2014. Picking up where Unbreakable (2012) left off and leaving said record choking in the dust, Delivering The Black is a brilliant energetic romp through familiar territory on a level that will make it a go-to classic of the genre 20 years from now.

Delivering The Black grabs hold immediately with ‘King For A Day’, seals the deal with ‘Rebel Faction’, and digs its claws so damn deep it’s a shock, especially if you’re expecting ho-hum power metal-isms. The guitar riffs are huge at the hands of Magnus Karlsson, Alex Beyrodt and founder/producer/bassist Mat Sinner, while drummer Randy Black delivers some of the best steel backbone work of his career (‘King For A Day’, ‘Inseminoid’, ‘Rebel Faction’, ‘Delivering The Black’). As for vocalist Ralf Scheepers…. pffffff… the man has come a LONG way since his days with Gamma Ray and Primal Fear’s early albums. He still has one of the best high-pitched shrieks this side of Tim “Ripper Owens, Rob Halford and Kai Hansen, and his low-end voice now boasts grit, balls and character that sets him well apart from his aforementioned peers. Fact is it’s hard to pick Scheepers’ crowning moment on Delivering The Black because there are so damn many of ’em (although ‘Rebel Faction’ is probably the best track to sum up his overall performance). END_OF_DOCUMENT_TOKEN_TO_BE_REPLACED 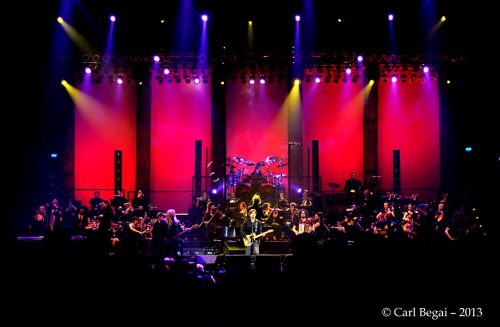 “If I’m able to give jobs to my bandmates so that they make some decent money on a nice tour, I will,” says Sinner. “And there’s a social part to it, where for example I’m not going to give the drummer position away to another drummer when I have Randy Black. I know Randy can play all this stuff, he’s got the skills, and I know he’s a big fan of some of these singers. Everybody was very, very happy with him on the last Rock Meets Classic tour. He told me he had the time of his life, so of course he wants to do the tour next year. If I can give something back to these guys, there’s nothing wrong with that.” END_OF_DOCUMENT_TOKEN_TO_BE_REPLACED 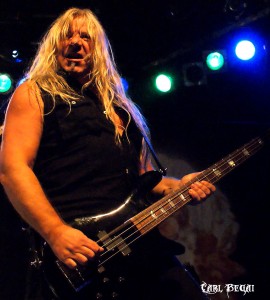