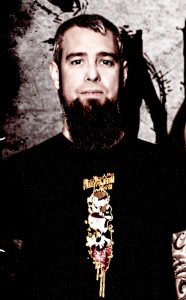 “That’s the only thing that counts, how I and the other guys in the band feel about it. There’s no point or possibility to cater to everybody. We’ve never done that and we’ve been outspoken about that. We’re gonna get shit from a lot of people and we’re going to get love from a lot of people. That’s the nature of this band and it’s always been in our cards. We’re used to that. We’re doing this for us and not for the people that are freaking out.”
END_OF_DOCUMENT_TOKEN_TO_BE_REPLACED