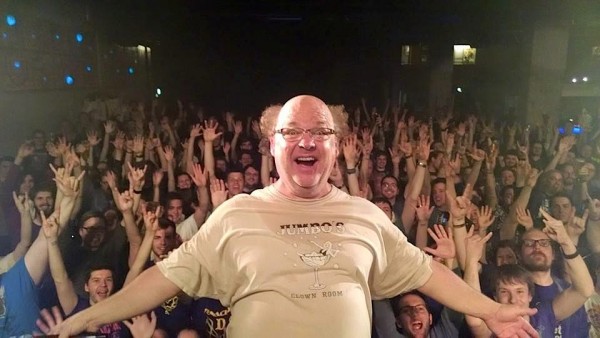 “I daresay I wouldn’t be here without Tenacious D,” Kyle begins. “It’s an established brand, for lack of a better term, and people give KGB a look-see as a result. John (Konesky / guitars) and I worked for many years when we were in Train Wreck. We put this band together and Mike came into our lives about five years ago. He’s a really talented singer and multi-instrumentalist so we just said ‘You’re in the band.’ Jason (Keene / bass, harmonica) is an old fried from way back who plays mostly jazz. And we’ve had the exploding drummer problem which so many bands do (laughs). Spinal Tap nailed it, they do explode. A year ago Tim (Spier) came along and he’s a super drummer, a perfect personality for this band, and he really completed things for us. We’ve got some really good chemistry now. We’re having a lot of fun out here. All I know is that I’m not as good as the rest of the guys in this band (laughs).” END_OF_DOCUMENT_TOKEN_TO_BE_REPLACED