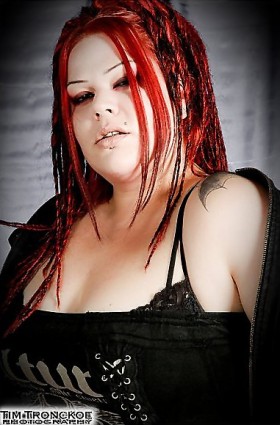 “I won’t make it a secret that me and Dani didn’t speak for three years, until he contacted me in January of this year asking me to do Midnight In The Labyrinth,” Sarah reveals. “I left Cradle because it was the right time. Me and Dani were having all kinds of altercations, and I’ve always viewed Dani as my brother, so it was hard. I love him but I hate him (laughs). We’re very much on the same page in some aspects, but it was time to go. I always thought that Dani and I would never communicate again, and I was quite happy with that even though there was a sense of missing him. I’d also met someone, and I wanted to do my own thing, so I left the band and went to Australia in November 2008. I never got a ‘Thank you for all that you’ve done for this band…’ or anything. I was in contact with Dave (Pybus/bass) but that was the only real contact I had to that part of my life. So, getting that call from Dani, I was really chuffed. I was skeptical at first, but I thought to myself, ‘You know, now it’s time to grow up.’” END_OF_DOCUMENT_TOKEN_TO_BE_REPLACED 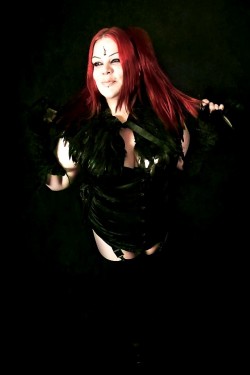 “Me and Dan do everything together – and to elaborate on that, we don’t sleep together and we don’t use the same toothbrush – which means that whatever I do for this band I clear with him, and vice versa. It’s not because we’re the bosses, it’s because we do most of the songwriting. We believe, and from my past experience, if you don’t communicate in a band it goes tits up very quickly. We have this understanding that we tell each other everything so that nobody can be accused of anything and there won’t be any problems.” END_OF_DOCUMENT_TOKEN_TO_BE_REPLACED