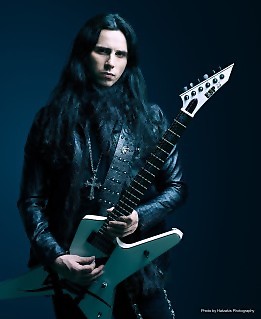 “Of course there were better shows than others as far as attendance, but that depends on the places you hit and the days that you hit them. And Canada was awesome; you guys love your heavy metal. We didn’t play Toronto, but we played Ottawa, which was one of the best shows of the tour. It was like a festival in a club with two floors and some local bands playing. It was fucking amazing. Montreal was great, and that’s always a good place for us. We even went out west and played Kelowna, British Columbia (laughs). That day was funny, and it was one of the misfortunes of the tour. We had some weird promoter that moved the show around a few times, and we ended up playing a bowling alley. But hey, what are you gonna do? (laughs)” END_OF_DOCUMENT_TOKEN_TO_BE_REPLACED