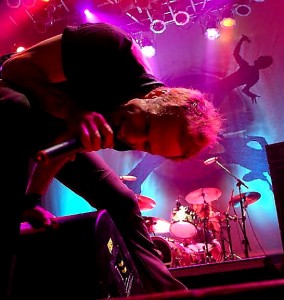 “I think it was the other guys, when we were recording the album, if I did something melodically or put a harmony in somewhere, it was either Mark (Cherone / guitars) or Joe (Pessia / bass) that would reference and Extreme track. I’d look at them, scratch my head and go ‘Yeah, you’re right…’ (laughs). That was going to happen, obviously. I’d agree that there are some similarities. The vocals, the harmonies, or just the guitar orientated aggressive rock n’ roll that you’ve heard from Extreme. I guess that’s a nod to the guys I play with in both bands. Nuno (Bettencourt / guitars) and I can get crazy, but we can also get crazy by ourselves, too.” END_OF_DOCUMENT_TOKEN_TO_BE_REPLACED