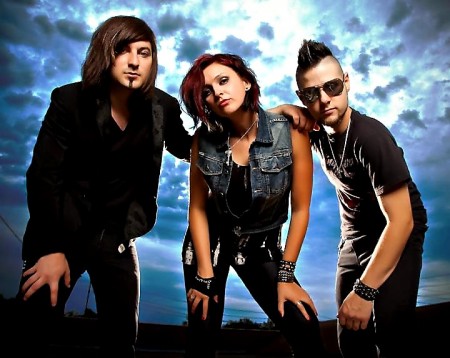 Tricia: “I’m not pissed off, but it just seemed like we were getting bombarded by these promoters coming to us all at once saying ‘Do you wanna play this show?’ which was always followed by ‘Here’s the catch…’ It’s not like: ‘We love your band, we believe in you guys.’ It all comes down to how much money they can make off us. I know that’s the reality of the business, but I feel we’re past the stage in our lives where we can drive around the city for two weeks selling tickets. I don’t like it, so I’d rather not be involved in that part of it. And half the time it’s not a true contest; it comes down to how many friends you bring and whose ass you’re kissing. If it was a true contest where you could get something significant out of it to help the band, that would be fine, but we just don’t have time for that.” END_OF_DOCUMENT_TOKEN_TO_BE_REPLACED