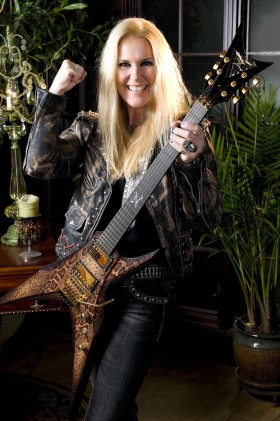 “I just needed the divorce. He was blocking me from being creative and he was blocking me from being Lita. I couldn’t function. Sometimes it happens when you’re with somebody and they sort of take over your life. It was like ‘Okay, the first thing I’ve gotta do is get you outta my way…’ (laughs). Once that happened I was able to be me again. I sat down, started writing, and I felt all this creativity flowing. It was non-stop. We couldn’t put a cap on it and it was great. As a matter of fact, the day my divorce was final was the very day the record was delivered to the record company. That was a good day (laughs).” END_OF_DOCUMENT_TOKEN_TO_BE_REPLACED