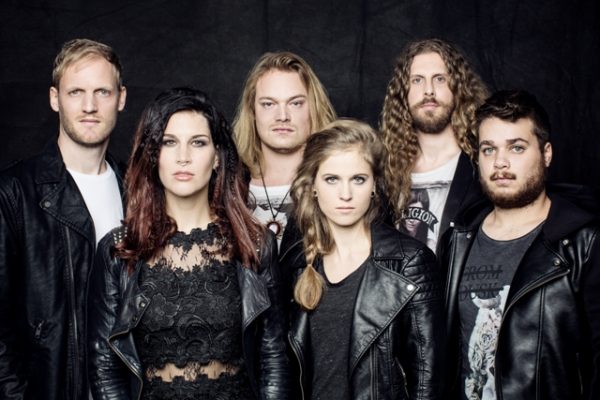 “People were asking when we were going to tour again, and they were asking when we were going to release new material. We can only do one thing at a time, but we thought ‘Why don’t we do both?’ and chopped the album production in pieces. That way we had some material for the new tour, and it was a good warm-up for the album. The response from the fans was great. Most of the time, doing a support tour means that you lose a lot of money on it because you have to pay for expenses, but we had amazing merchandise profits on the Nightwish so we were able to cover our costs. That’s something that is very rare, so it’s a good sign to see whether people like the new music or not.” END_OF_DOCUMENT_TOKEN_TO_BE_REPLACED

Having never bought into Delain’s keyboard-driven metal, The Human Contradiction was a wonderfully addictive surprise that flew in the face of my regular playlist (with the exception of Amaranthe). Perhaps it’s the freshness of the Moonbathers material, but the band has taken their songwriting and performances to a new level, particularly where vocalist Charlotte Wessels is concerned. The album grooves, bounces, croons and crushes its way through 11 tracks, displaying even more diversity than what The Human Contradiction brought to the table (which was considerable). “Hands Of Gold” featuring vocalist Alissa White-Gluz (Arch Enemy) – the only guest appearance on Moonbathers – is the perfect lead-in as a continuation to the previous record, with Wessels carrying the track through soaring melodies and gritty voice. First single “The Glory And The Scum” shows off a heavier, darker side to Delain that crops up time and again over Moonbathers’ course, contrasting sharply again the softer tracks like “Chrysalis – The Last Breath” and “The Hurricane”. The deeper you go the better the album gets, peaking with the three-point blast of “Fire With Fire” (fast and heavy), “Pendulum” (crushingly anthemic) and “Danse Macabre” (exceptional). It can’t be stressed enough that Wessels has come into her own as a singer, using her voice as a full-on instrument to bring a welcome new dimension to the Delain sound. The tribal chanting on “Danse Macabre” alone is a goosebump experience. As for the cover of Queen’s “Scandal”, the song is tailor made for Delain and guaranteed to become a live favourite. END_OF_DOCUMENT_TOKEN_TO_BE_REPLACED