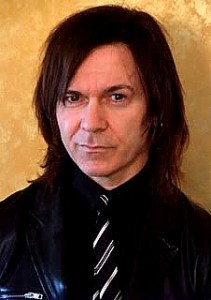 Gowan: “I’ll explain that, but it’s a terribly long, drawn out and boring story. So, last year when I did the Return Of The Strange Animal record – I decided to tell the story in cartoon form. The link is: Gowanstrangeanimal.com. What you’re getting at here is the two completely different music businesses that exist today and existed in the ‘80s. Yesterday, Todd came to me with a new artist from Australia that I had never heard called Gotye. I immediately put in on, looked him up on Youtube… There’s the difference today. If somebody came to me back in the ‘80s and said there’s this new Australian band called AC/DC. How can I get their record? I’d have to go to the import section of my local record store or… But today you can access anything from around the world instantly. Everyone now, automatically gets a world wide release because of the Internet, but the way it was in the 1980’s was the polar opposite of that. The record companies decided who got released where and why. A terrific example would be The Jam in England. They’d play Wembley Stadium in England, but you could barely find their records in the United States and that was the same situation for Platinum Blonde and me in Canada. We were signed to CBS records and although we had international deals and out sold some of the biggest international stars (in Canada) – we couldn’t get a guaranteed release in the United States. It seemed like the hurdle just kept moving and moving and moving…” END_OF_DOCUMENT_TOKEN_TO_BE_REPLACED