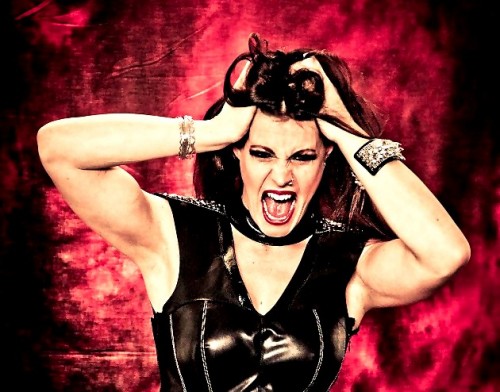 “(Laughs) Definitely, but the peaks of the mountains seem even higher when you’ve been down really, really low. There was a period of a year-and-a-half where I wasn’t able to do anything. Getting asked to join Nightwish for the tour put everything back in balance and forced me to really consider what I want to do. At the same time it was really difficult because I was burnt out. When I slowly got my energy back and was able to think straight, I started to feel a lust for music. My normal levels of ambition started to come back, and just as I was making plans for ReVamp I got the call from Nightwish. That was a year ago and it’s been a non-stop run since. Hard work and doing a lot has never been a problem for me; it’s just the way of doing things that can be a challenge.” END_OF_DOCUMENT_TOKEN_TO_BE_REPLACED

The day after it was announced that Nightwish touring vocalist Floor Jansen (Revamp, ex-After Forever) had been made an official band member, BW&BK was given the opportunity to speak with keyboardist/mastermind Tuomas Holopainen about the band’s forthcoming live/tour documentary DVD Showtime, Storytime. Good thing they took care of business before press began, because if they hadn’t most of this conversation would have consisted of yours truly telling Holopainen he would have to be a special kind of insane to let Jansen slip away. But really, it’s no surprise that Jansen was asked to stay considering her monumental efforts since coming on board at the last minute to replace the booted Anette Olzon back in October 2012. 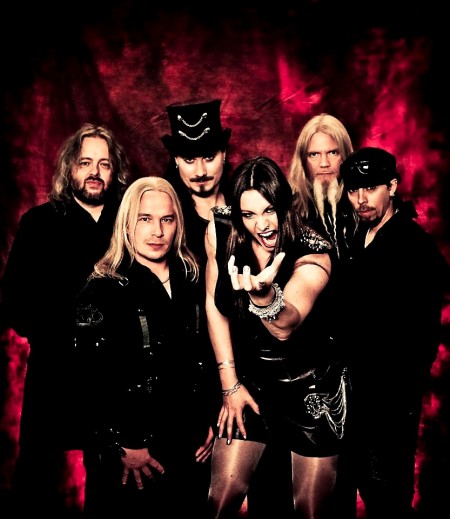 “I know it didn’t come as a surprise to anybody,” Holopainen says of the news. “We wanted to make it official at this point because we knew we were going to do a lot of promotion for the upcoming DVD. It’s just easier to do things this way; we don’t need to keep our mouths shut.”

The documentary portion of the DVD begins appropriately with footage from Denver, Colorado as Nightwish makes a mad scramble to put together some semblance of a setlist in the wake of Olzon falling ill. With their singer unable to perform and an audience willing to stick around for whatever the band can come up with, Nightwish enlist support band Kamelot’s backing singers Elize Ryd (Amaranthe) and Alissa White-Gluz (The Agonist). The rest is a pretty amazing piece of history. Holopainen is caught on camera after the show stating that he’d never been as scared as he was two hours earlier.

“That was the truth,” he admits. “The whole day is just a hazy dream to me now. It was such an awkward moment. A big hand to Elize and Alissa… they were amazing. But that’s what doing live shows is all about. Sometimes these things happen and it’s really memorable stuff; a mass karaoke with those two lovely girls joining us, doing some instrumental stuff as well. It was something different and I don’t think anybody left the venue upset or annoyed.”

Olzon, on the other hand, was genuinely upset and took to her official website to air her feelings. She made it clear she thought the band was wrong to go ahead without her. On October 1st the band released a statement announcing Olzon’s departure and that Jansen would be filling in for the rest of the tour.

“We got quite a bit of criticism for doing the show without Anette,” Holopainen reveals. “Some people asking us how we could be so selfish and do the show without her. It was quite the opposite. We had to think about the 1,600 fans, the promoter, the crew, everybody. Seriously, if something happened to me or any of the other band members, I’d do anything to still make the show happen. We offered the money back from the tickets. We told the fans how the show was going to be, so of course if they wanted to leave they should get their money back. It was seven refunds out of 1,600 so that was pretty good.” END_OF_DOCUMENT_TOKEN_TO_BE_REPLACED