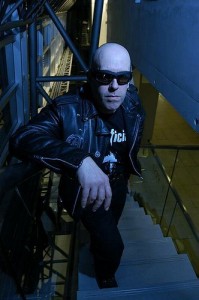 Dolan’s move from the metal stage to the silver screen was more or less accidental. Days were spent working in theatre, the nights devoted to Venom until he decided to leave the band, at which point he signed on for a 15 month world tour with the Royal Shakespeare Company for A Comedy Of Errors. That experience led to working on the Queen tribute theatre production We Will Rock You in London, giving Dolan the best of both worlds. Then, an off-the-cuff audition for a “big Hollywood production” led to further auditions, meetings, and a huge first step into a new line of work (discounting a bit part in Judge Dredd that got hacked to pieces).
END_OF_DOCUMENT_TOKEN_TO_BE_REPLACED