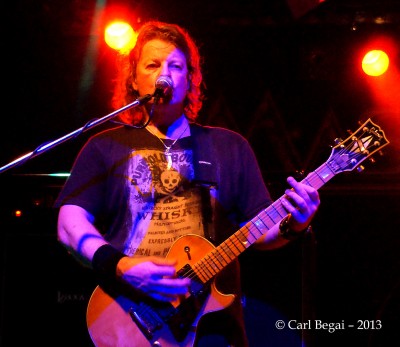 “I was recording a band from the Czech Republic who told me their drummer was in a famous band called Cradle Of Filth,” Grapow says of bringing Skaroupka on board. “I’d heard some of the Cradle albums because I’m always checking out different productions, but I kind of rolled my eyes at that. Then I saw some rehearsal room footage on YouTube – no tricks – and I thought ‘What the fuck? This guy is amazing.’ He’s such a tight and powerful drummer, so I invited him to come down to the studio. He told me it was an honour because he was a big Masterplan fan. I was like, ‘What?!’ But it’s true, he’s in Cradle Of Filth and he loves Helloween, Gamma Ray and Stratovarius. In fact, when Jörg Michael left Stratovarius, Martin was interested in playing for them.” END_OF_DOCUMENT_TOKEN_TO_BE_REPLACED 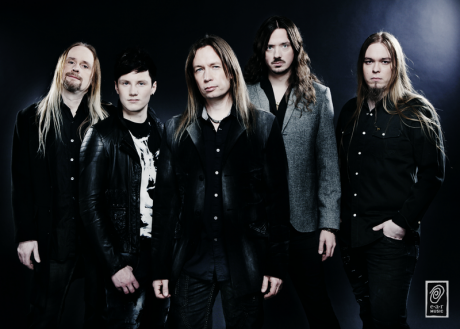 “When I had the demos there weren’t any vocals, just guitar melodies or weird keyboard melodies from Jens (Johansson). At that stage it’s hard to tell if it’s going to be a good song or not. I can recognize of there’s a melody in there that makes some sense that I can work with, but it can be difficult. Especially with Matias’ songs because he doesn’t compose with vocals and lyrics in mind; a lot of the time I end up thinking ‘What the fuck is this…’ when I hear his stuff (laughs). And sometimes when we’re recording Matias sometimes suggests we change things about the vocals because he has a vision in his head of what he wants. We give each other feedback in the studio, and it really works. When Jens composes he has a more melodic approach from a singer’s perspective, and I guess that’s because we’ve been in the band together for so long. For the last couple albums we made demos and Matias mixed them in the studio so we could hear how the songs would sound. They weren’t perfect but they gave us a better picture of where we were going. Of course, by the time I get to do my vocals two or three months have passed and the songs have changed a bit.” END_OF_DOCUMENT_TOKEN_TO_BE_REPLACED 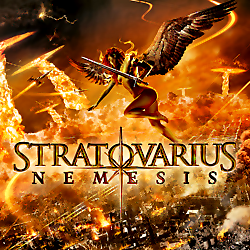 Off the top, gotta say it’s a huge pleasure having to wait 10 out of 11 tracks for the album’s lone ballad (‘If The Story Is Over’) to surface. Very un-power metal of them to make the move, and Nemesis is better for it. The band dishes out some out-of-character heavy on ‘Abandon’, ‘One Must Fall’ and ‘Stand My Ground’ – welcome Mr. Pilve – with ‘Halcyon Days’ marking Stratovarius’ most adventurous song to date thanks to some unexpected trance elements (that actually work). END_OF_DOCUMENT_TOKEN_TO_BE_REPLACED

Ever since Guns N’ Roses and Tesla made it cool for hard rockers and metalheads to mess around with acoustic guitars – with G’N’R Lies and Five Man Acoustical Jam respectively some 20+ years ago – it seems every band has flirted with the unplugged concept. Hell, at press time Mpire Of Evil had kicked off their first ever Japan tour with an in-store featuring a set of acoustic Venom classics (!). So, when word got out a few years ago that Stratovarius frontman Timo Kotipelto and ex-Sonata Arctica guitarist Jani Liimatainen had teamed up for a dynamic duo acoustic tour through their native Finland it wasn’t an earthshattering surprise. Their respective fanbases went suitably mad searching for footage on YouTube, of course, and the resulting requests, demands and yammering over the years for an album’s worth of acoustic material from the pair have finally been answered. Working under the Kotipelto & Liimatainen moniker, they’ve put together a collection of bare bones covers on Blackoustic, an album made for the fans rather than trying to cash in on a still-popular musical format.

“I’ve been doing these acoustic gigs with Jani for about two-and-a-half years now, and it did start like that,” says Kotipelto. “We basically got fed up with people complaining and decided to go to the studio and do it (laughs). We were laughing about it at first because nobody puts out acoustic albums like this, and as a duo it really doesn’t make any sense especially since we do mostly cover songs at the gigs. Why would we do it, really? And the problem is that when we do the live gigs, a third of the songs are ballads and the rest are rock songs. We did an acoustic version of ‘Speed Of Light’ (Stratovarius), for example, and we could play it at the proper tempo but that wouldn’t make any sense. We actually had to consider what was important in the song, try to find that red line, and make a good arrangement of it. The album is a little different from what we play live because there’s more energy at the live show because of the audience.” END_OF_DOCUMENT_TOKEN_TO_BE_REPLACED