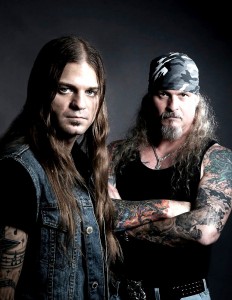 “There are certain factors in my life where it was sort of a tough decision,” Block admits, “but I knew in the back of my mind that it was a no-brainer. My mom is dealing with some stuff right now, and I’m going to be on the road, but you can’t live your life being held back. Anyone can find an excuse not to do something. I know this will be a life changing experience, I’m going to be away from my home and my fiancée for months on end, but I have a such a great support system in my family that everyone including my mother is encouraging me to do this. They told me I’d be a fool if I didn’t do it and I agreed wholeheartedly. I try to keep a positive attitude towards the whole thing, knowing what I’ve gotten myself into. In the back of my mind it was a definite yes.” END_OF_DOCUMENT_TOKEN_TO_BE_REPLACED