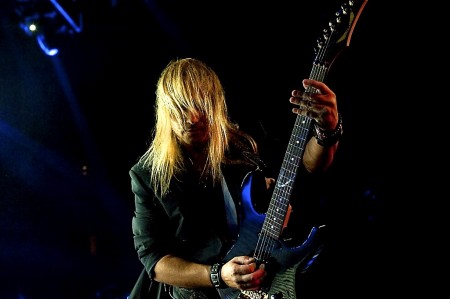 “It’s a very different vibe. The winter tour has the holiday and runaway theme to the story line, the music marries that story. This tour is the complete Beethoven’s Last Night album, and it’s not like the winter show isn’t a rock concert, but the Beethoven show has a darker feel because of the story and the theme. Beethoven is battling the devil to save his soul and his music, it’s a pretty intense story. For me personally it feels more like I’m performing a rock concert because of the way the songs and the album is structured. It’s a little bit more to where my roots were when I performed growing up. END_OF_DOCUMENT_TOKEN_TO_BE_REPLACED